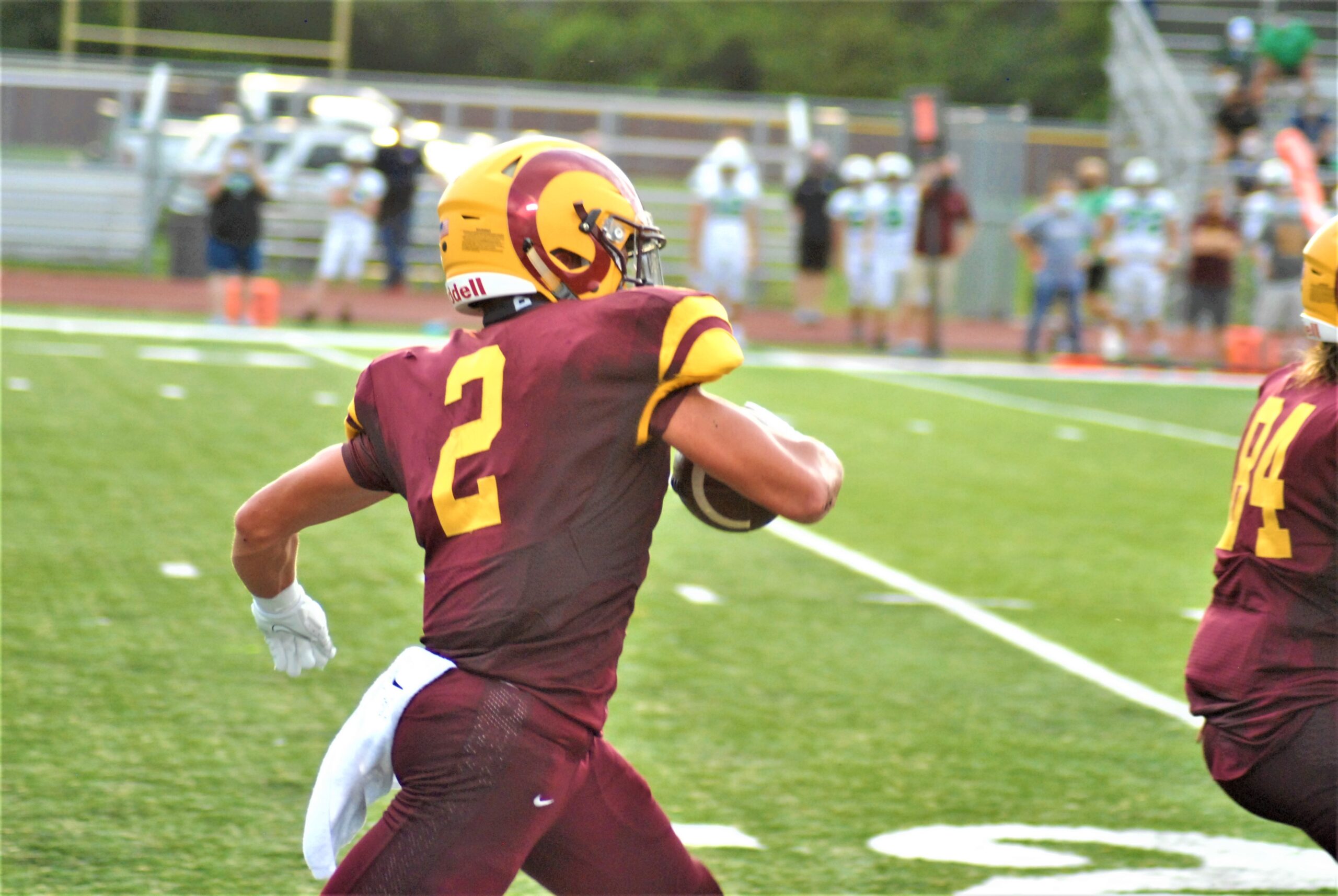 The Brave knocked off Carroll in Week 1 and traveled to Harrison, beating the Wildcats for the first time in 25 years (1995).

The Brave (2-0) are a balanced offensive team under head coach Larry Cox. Talawanda is led by junior running back Deondre Bothast-Revalee. His 286 rushing yards lead the SWOC through two games. Bothast-Revalee accounted for 1,340 all-purpose yards and 16 touchdowns a year ago.

“Within the program it isn’t about wins or losses, it’s about the process,” Cox said. “Building the person first. You give me a good person and I’ll give you a good football player. We do that by playing to the power of ‘T.’ Teamwork, toughness, and tenacious competitor. We don’t have the best athletes but if we play to the power of T we can have a successful program

“Deondre and (QB) Braden Wright feed off each other,” Cox added. “Having Deondre takes a lot of the pressure off Braden’s shoulders.

“Last week we had too many offensive penalties and other little things that need to be corrected.”

The Rams (1-1) do not hide their intent to run the ball as evident by a recent tweet from head coach Kenyon Commins. In reference to a 19-play, 99-yard drive by Army that took 12:26 of game clock and had zero passes.

“I’ve always been a fan of our service academies because they emulate the kind of community we have here,” Commins said. “We’re never going to out-athlete anybody, but what we do have is great kids from great families. We are disciplined, we’re intelligent, and we just want to outwork you.

In my opinion, that’s academy football,” Commins added. “They go on a 19-play, 99-yard drive with no passes and there is something demoralizing about that.”

Deploying their own triple-option attack, the Rams return two of the top rushers in the SWOC. Quarterback CJ Boze rushed for 1,227 yards and 11 touchdowns.

“He’s probably one of our better athletes if not the best athletes,” Commins remarked on Boze. “He has the ability to actually bust one for us.”

“Jackson is just a force.” Commins said. “Jackson was just shy of 200 (last week) at 198. When we get going and get the pitches going, in my opinion in high school football its as difficult an offense as you will find.”