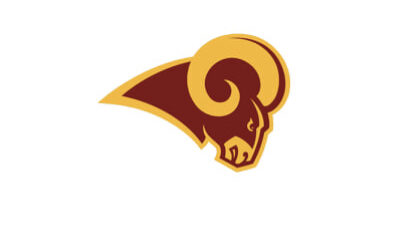 The following will be inducted into the Ross Local School District Hall of Fame Class of 2020:

Paul Fernandez​ — Paul coached softball and boys and girls basketball during his career as a teacher for Ross Local Schools. His 2009 Ramball team won the OHSAA State Championship, just the second team state championship in any sport in school history. Paul ranks 5th in the state for career wins in any division.

Amy Weitzel McFarland​ — Amy earned eleven varsity letters in soccer, basketball and softball. During her career, she was named FAVC and Enquirer Player of the Year three years in a row. After finishing her time at Ross, Amy went on to play softball at Georgetown College, where she was named team MVP twice and named to the All-League team all four years.

Becky Bulach Ponatoski​ — Becky earned twelve varsity letters in volleyball, basketball and softball. She was named team MVP in volleyball three of her four years. In basketball she was named to First Team FAVC three times and finished as the 3rd leading scorer in program history. In addition, Becky was named All-Ohio in softball, before going on to play softball at Northern Kentucky University.

Aaron Ray​ — Aaron was a four-time OHSAA State qualifier and three-time OHSAA State placer in wrestling. He holds school records for most wins at two weight classes and holds the record for most takedowns in a career. During his career, Aaron was named both the FAVC and Butler County Wrestler of the Year.

Noel Webster Schuch​ — Noel was an accomplished swimmer at Ross, winning many awards. In cross country she was twice named FAVC Runner of the Year and crowned OHSAA District Champion. Noel has since gone on to coach high school cross country in South Carolina, where her teams have won 8 consecutive state championships.

Mike Shultz​ — Mike Shultz coached boys track and field and girls soccer. He was a three-time FAVC Coach of the Year and coached two state champions in track and field. Mike was also instrumental in starting the elementary girls basketball program in the community.

RLSD Hall of Fame weekend begins Friday, Feb. 14, 2020 with the inductees being introduced at halftime of the home varsity basketball game against Talawanda.

The induction ceremony will take place on Saturday, Feb. 15, 2020 at the Courtyard by Marriott Hamilton. Tickets for the Ceremony can be purchased here: ​https://rosshof2020.eventbrite.com.