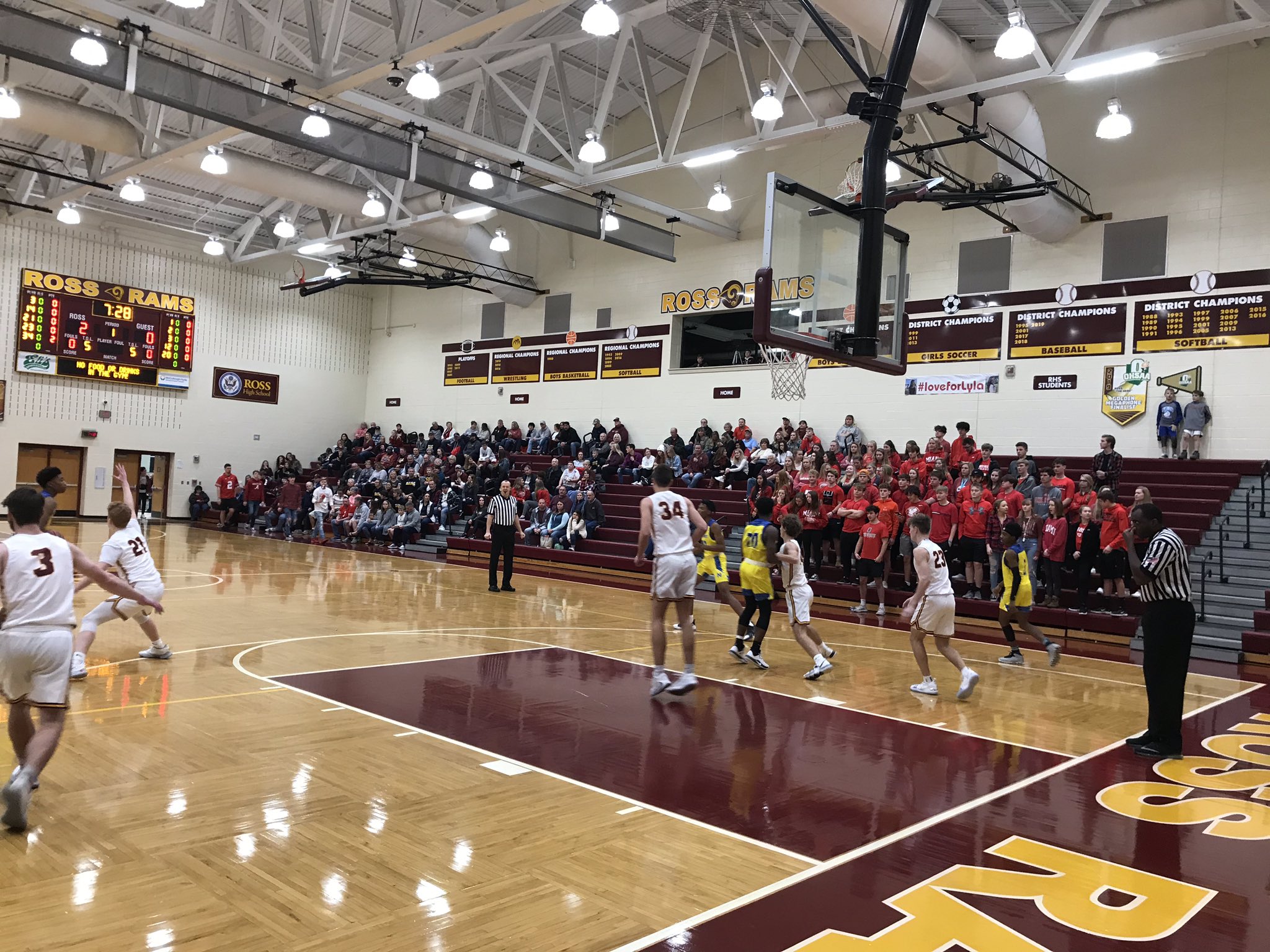 ROSS TWP. — It didn’t take very long for the Ross High boys basketball team to grab complete control Saturday night, as the Rams went on a 7 point run to start the game.

Ross junior Jimmy Booker had a sweet stroke, contributing 13 to the Rams’ offensive attack. Booker shot 50 percent from 3 on the night and didn’t miss from beyond the arch in the second half.

“I couldn’t shoot in the first half, but I warmed up and I started feeling it,” Booker said. “Just have to keep the same confidence and take it to the next game.”

The Knights were without their 6-foot-3 defender Diego Neri due to an ankle injury, causing Northwest problems with its interior defense. Ross junior Max Stepaniak attacked the mismatch with 4 early points, 15 in total leading the Rams in scoring.

“With him not in there, we wanted to get right down to Max. We try to get him some touches early to get him going,” Lane said. “That’s pretty much our game plan every single day, we don’t think a lot of people will be able to guard him because of how skilled he is.”

The Rams stout defense was the story on Saturday, however, only allowing 2 points in the first quarter and 8 in the first half in total.

“We did a very good job defensively. Our boxing out in the first half was very good,” Lane said. “With a team like that, that’s very athletic they want to get some shots up, get some offensive rebounds, get some second chance points. I thought we did a good job of limiting them to one shot.”

Booker spoke about how his team prepared defensively.

“Help side defense and just staying in front of the ball, on ball pressure,” Booker said. “We did good tonight.”

Northwest struggled mightily in the first half from the floor, shooting 1 for 13, and didn’t convert from beyond the arch on 9 attempts. However, the Knights have had a lot of players under the weather over the past week.

“We’ve been super sick. We practiced Sunday and Monday and had 3 varsity guys that weren’t sick,” Northwest coach Nick Argentati said. “We finally got everybody back yesterday and kind of practiced a little bit. It’s hard when you haven’t been in the gym for a week to make shots.”

The Knights scored 21 points in the 4th quarter, but it was too little too late, as the Rams had already distanced themselves after scoring 24 in the third and 18 in the fourth.

Ross junior Sam Nunn scored all of his 7 points in the last quarter.

“Just got to take it one game at a time. If we start looking forward we are going to lose sight of what we are trying to do,” Lane said. “Let’s see where the pieces fall at the end and we should be right where we are supposed to be.”

Northwest has fallen to 1-2 in the conference and has a steep climb to get back in contention.

“It doesn’t get any easier for us. We’ve got Badin on Monday, Mount Healthy and Elder next weekend, who are all good teams,” Argentati said. “We’ve got to string together some games. When we play with effort, when we defend and play hard we’re OK. We just didn’t have that energy.”

Keegan Nickoson is a 2019 Ross High graduate and is studying journalism at Danville (Ill.).