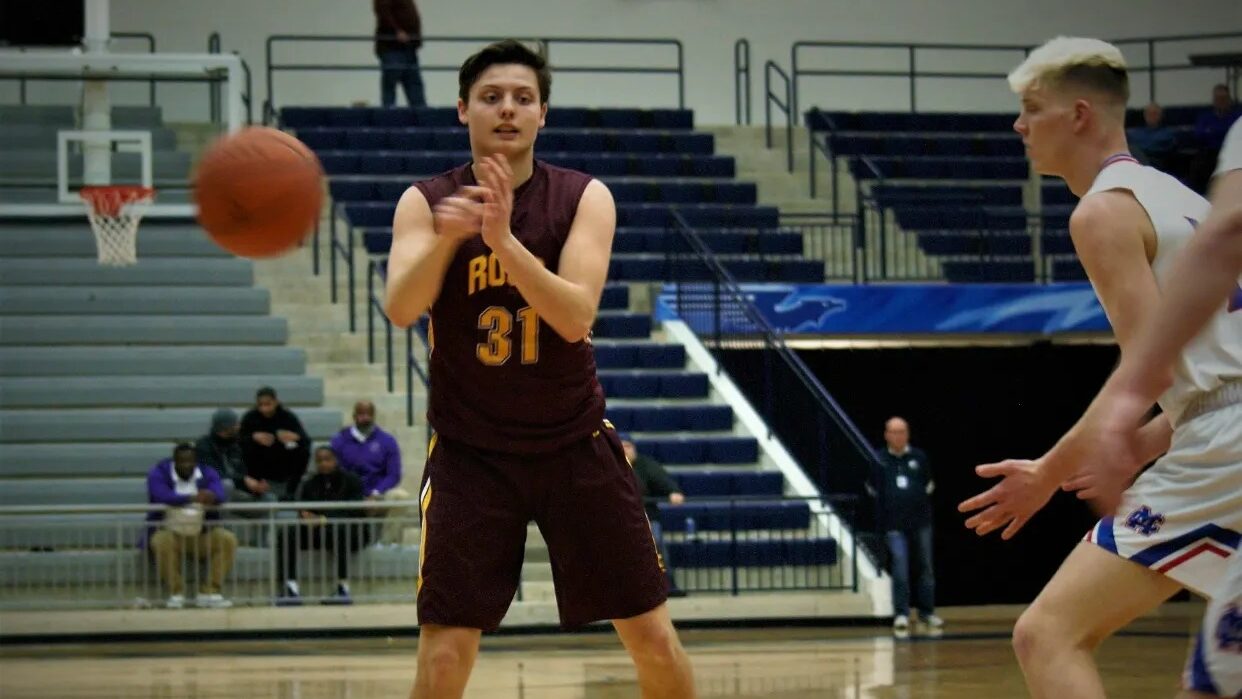 KETTERING — Ross High boys basketball coach David Lane held back the emotion on Friday night — along with his nine seniors.

“It’s tough. I feel terribly for them,” Lane said. “They deserved this win, and we talked about it before the game. We told them, ‘You deserve it.’ But sometimes you don’t get what you deserve. So that’s life, and it’s a good life lesson for them.”

The sixth-seeded Rams shot out of the gate to grab the early momentum, but No. 5 seed Clinton Massie hung around just enough to force overtime and capture a 61-54 victory in a Division II sectional opener at Kettering Fairmont’s Trent Arena.

The Rams (15-8) were looking to avenge last year’s 58-45 sectional-opening defeat to the Falcons.

“I think we accomplished a lot this season,” said Rams senior Cooper Shields, who notched a game-high 20 points. “We came out, had a good season and had fun the whole time.

“A playoff win would have been nice,” Shields added. “It’s what it is.”

“Our kids are a phenomenal group of kids. They play their butts off,” Lane said. “I praise them for their effort. They truly deserve the season that they had.

“What they’ve done to change Ross basketball has been phenominal,” Lane said of his nine seniors. “They’re second to none.”

The Rams capped off Lane’s first two seasons at the helm with 15-8 records — a testament to those seniors, the coach said.

Shields played a huge part in providing Ross a quick spark in the early going Friday. The guard hit a couple of 3-pointers in the first three minutes, and the Rams moved out to a 16-11 lead after one quarter.

Ross took a 24-18 lead into the halftime break, but Clinton Massie got back in business in the third quarter before sending things into overtime.

The Falcons (18-5) controlled the extra frame.

“We had some missed assignments, and then we let them get back in the game,” Shields said. “They had momentum the second half, and we couldn’t swing it our way.

“I thought we had a chance,” Shields added. “They started knocking down shots, we turned the ball over and it got out of reach.”

“We’ve got to keep on continuing to the next game,” Clinton Massie coach Todd Cook said. “We were able to do that. But I don’t think we played well tonight. So to come out with a win, I’ve got to be pleased with that.”

The Falcons were led by senior Zach Chowning’s 15 points.