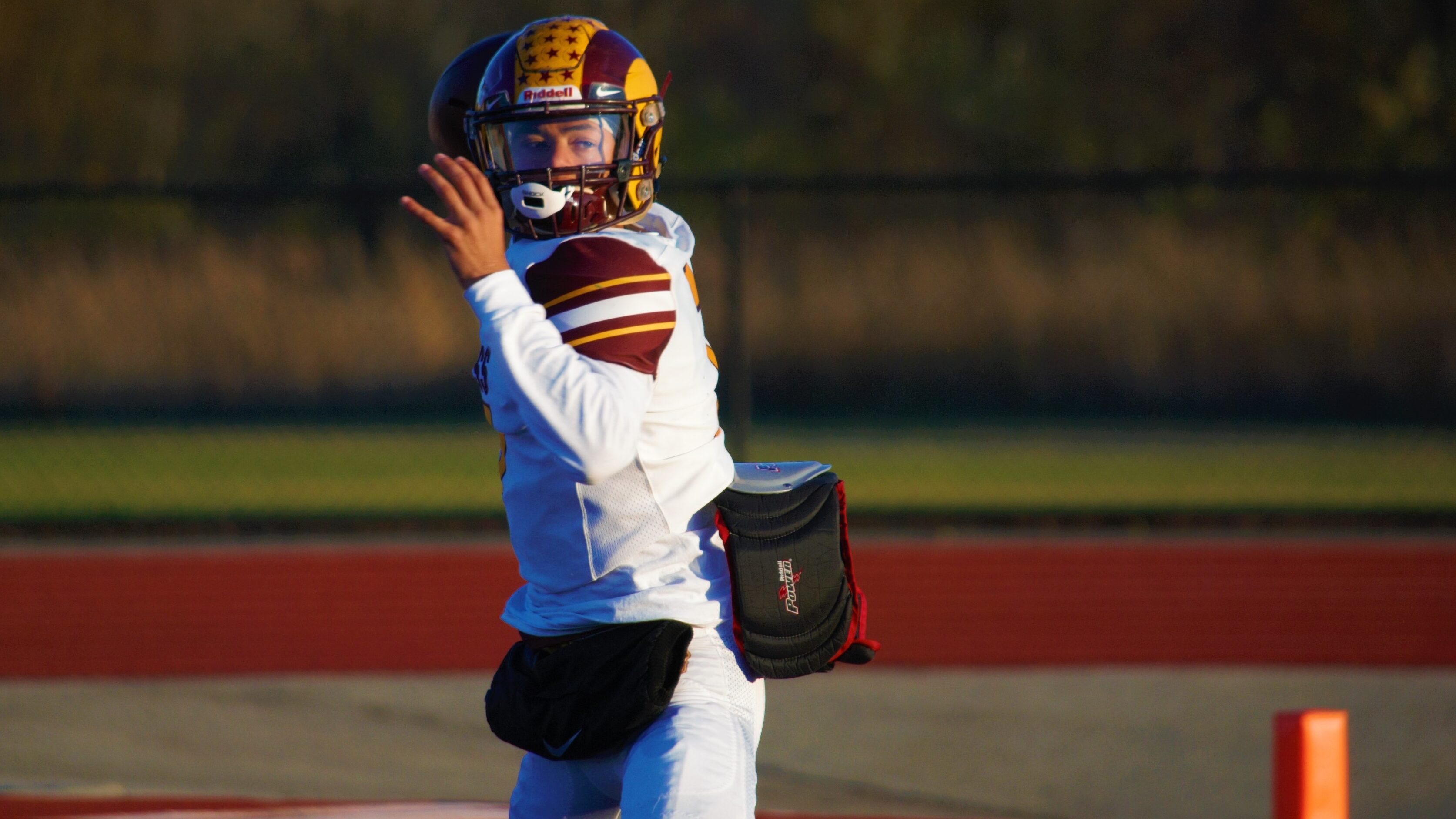 OXFORD — The Ross High football team got all the momentum it needed in a regular-season finale against rival Talawanda on Friday.

Mehki Bouldin had an explosive performance in the rushing department, and the Rams got some key defensive stops to stymie the Brave in a 34-21 Southwest Ohio Conference victory.

“I couldn’t do anything of this without this team,” Rams senior Mehki Bouldin said. “This team is everything we’ve got. They’re our family, man. And I’m telling you one thing — stay tuned.”

The win, unofficially, lands Ross either a No. 4 or 5 seed in the Division III playoffs with Badin, after Badin’s win over McNicholas on Friday.

Ross and Badin will square off in Week 11, but where will all depend on Saturday’s Thurgood-Ponitz outcome, according to area playoffs scenario guru Joel Sackenheim.

If Thurgood wins, Ross will host. A Ponitz victory, Badin will play host.

Bouldin finished with 162 yards rushing with two scores, both in the first half. Ethan Hall, C.J. Boze and Jackson Gifford all found the end zone for Ross.

Ross took a 20-7 lead into the halftime break.

Talawanda’s Deondre Bothast-Revalee and Terrell Wills combined for 112 yards on the ground, each scoring a touchdown. Tyler Teeters picked up a Ross fumble and took it 15 yards for a score in the first half.

“We never quit fighting,” Talawanda coach Larry Cox said. “The one thing about this group is that we’re highly competitive, and they’ll battle to the end. That’s going to be a motto that you’re going to expect from here on out with Talawanda football. There will be no giving up.”