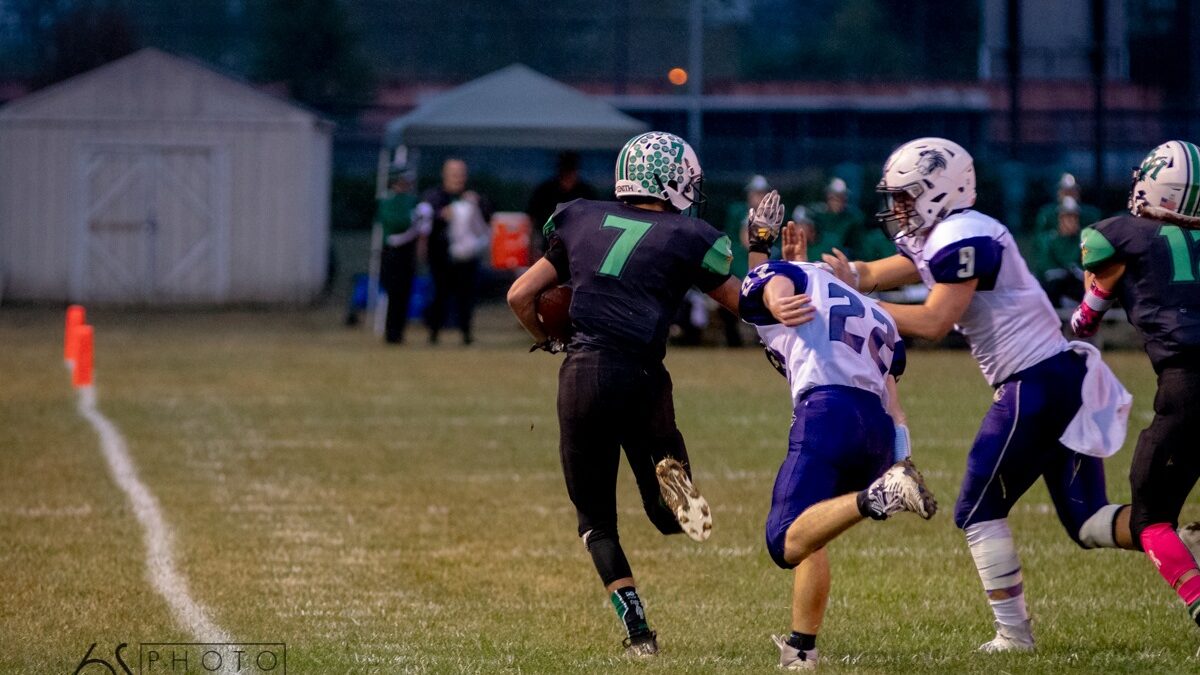 VILLAGE OF NEW MIAMI — Austin Hart admitted he wasn’t feeling too hot Friday afternoon. But, his New Miami High football teammates made sure he was his typical self for Friday Night Lights.

Hart helped corral the MVCA offense, Trey Robinette connected with Deanza Duncan for a couple of long touchdown connections and the Vikings were in top form in a 40-0 thrashing of the Lions at a damp Mara Field.

“It was really fun tonight, and everyone was energetic,” Hart said. “I started out feeling sick today actually. Just coming out here with all of the boys, it just cheered me up and brought me back to my normal self. We came out here as a team and we kicked some butt.

“Our focus is to get after it each game, then the next game, and then the next game,” Hart added. “We’re not trying to focus on 10-0, and I made that mistake early on in the season. Our next focus is on North College Hill, and we’re going to go in there and put on another show.”

“They did everything that I asked of them tonight,” New Miami coach Jessie Hubbard said of his Vikings, who moved out to a 26-0 advantage after one quarter.

Robinette connected with Duncan on those two touchdown connections, Duncan also snagged a couple interceptions, Jordan Robinette added a couple TD runs of his own, and Dylan Spivey notched a touchdown run — all in the first half of play.

“This is great for these kids to be able to go through this,” Hubbard added of the surging Vikings. “A couple of years ago, they were on the other sidelines. I’m just glad for the kids and how they’re able to enjoy this.”

New Miami, which is ranked eighth in the latest Associated Press Division VII state poll, sits atop the Miami Valley Conference standings at 4-0.