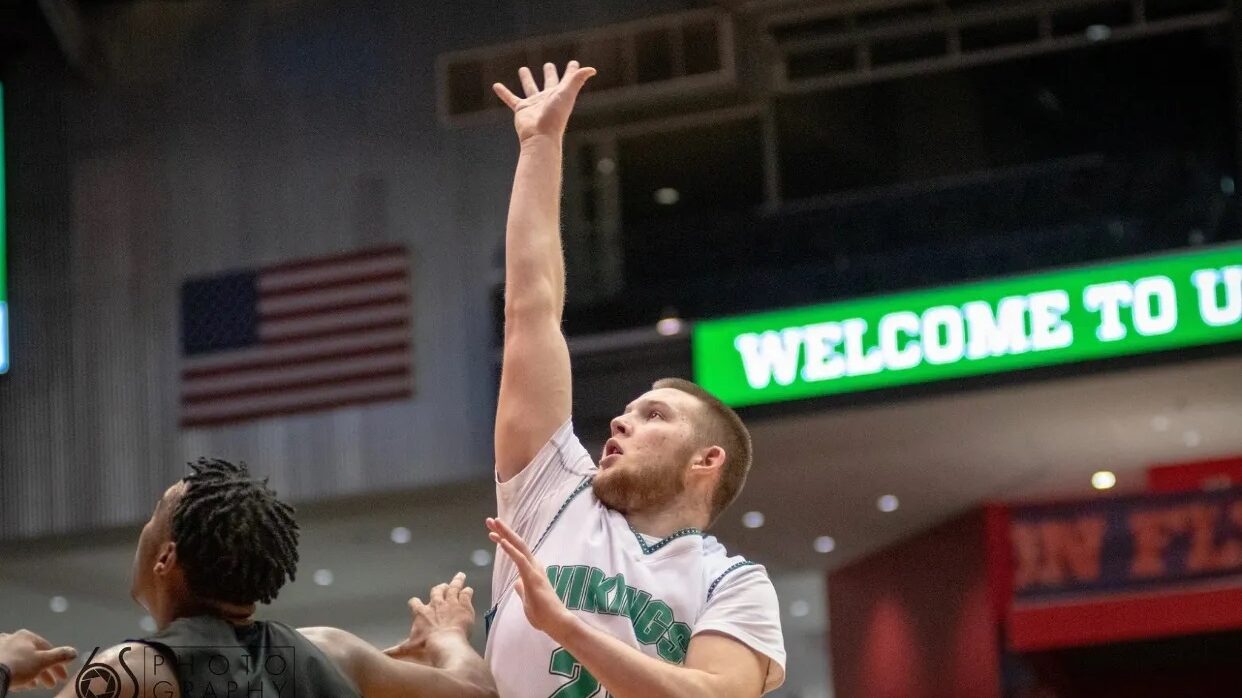 DAYTON — The New Miami High boys basketball team’s season came to close in a 71-63 loss to Catholic Central in a Division IV district final on Friday at University of Dayton Arena.

New Miami senior Ronnie Bowman grabbed his 1,000 career rebound in the fourth quarter. He also chipped in with eight points.

“I was pretty excited,” said Bowman, who snagged his milestone board off a Catholic Central missed free throw with roughly a minute left to play. “It was one of my goals in high school — to get a 1,000 of something. I knew that I wasn’t a point guard. But I knew I was a hard worker and that’s where rebounds come from.”

Bowman came into the game needing 16 rebounds to eclipse the milestone marker. He finished with 17 on the night to close his career out with 1,001 total boards.

“He’s started all four years in his basketball career. He’s an exceptional worker,” New Miami coach Jared Lee said of Bowman. “And now he gets to end his career as a sectional champ.

“He’s fought so hard to get all of those rebounds,” Lee added. “At the end, we knew he needed a couple to go, and we’re certainly happy that he got it.”

The Vikings, who finished the season at 16-10, were led by sophomores Deanza Duncan and Jordan Robinette — who both had game-highs of 23 points.

“When we first started this season, we just wanted to get to Dayton,” Robinette said. “We really didn’t think about anything else. We just played hard. We had some bumps in the road, but everyone has those bumps.

“We came together as a team towards the end,” Robinette added. “We never quit playing as a family. I wouldn’t want to play with any other team other than these guys we’ve got.”

The seventh-ranked Irish moved to 22-3 and take on St. Henry, which is ranked third in the final state poll, in a regional semifinal at Kettering Fairmont next week.

New Miami last played in a district final game at UD Arena in 2003.

“What I am most proud of is that we went down fighting,” Lee said. “I don’t think anyone in this arena thought we quit.”

Duncan knocked down a surplus of 3-point buckets to keep the Vikings within arm’s reach all game. He nailed five from behind the arc.

New Miami trailed Catholic Central after one quarter 15-12, and the Irish never gave up the lead the rest of the way.

“Hats off to them too,” Lee said of the Irish. “They have a fantastic ball team.”