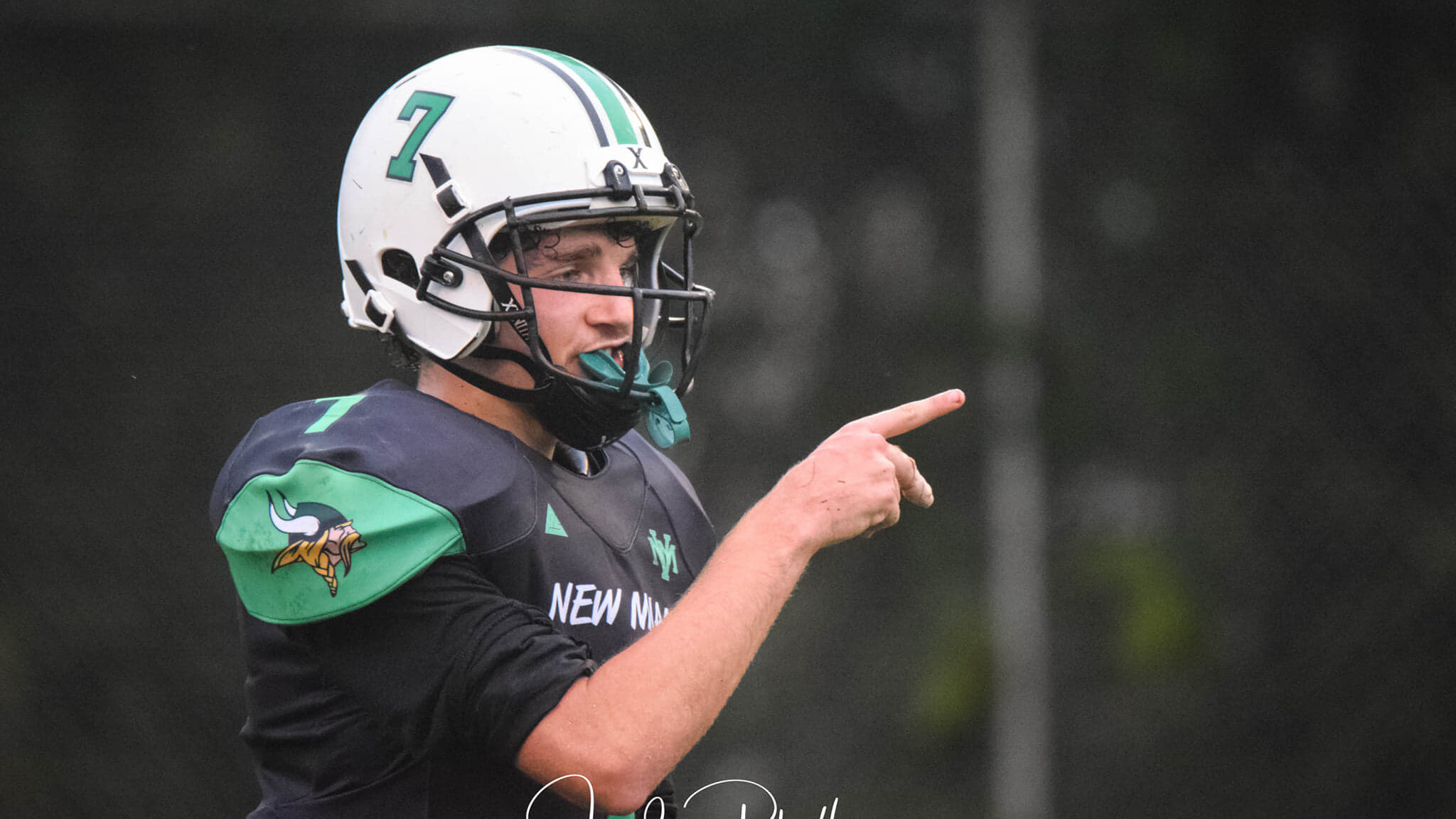 NEW MIAMI — The New Miami Vikings opened up their 2019 campaign against the Gamble Montessori Gators on Friday night.

The Vikings are coming off their first playoff appearance in two decades and the expectations for the 2019 season are high.

Well on Friday night, the Vikings made those expectations stand up against Gamble Montessori with a 32-6 victory.

“Most teams know that this is a run team,” New Miami coach Jessie Hubbard said. “We’re trying to change that a little bit.”

Trey Robinette and Deanza Duncan were the stars as Robinette hit Duncan for two huge TDs, both over 40 plus yards.

Austin Hart is the lone senior on the offensive line, but judging by the way the O-Line played, you would think that the Vikings didn’t even lose a beat.

From the first snap of the game, New Miami was physically dominating both on the offensive side and defensive.

Dylan Spivey started off the scoring for New Miami as he powered his way for a 21 yard TD in the first quarter. New Miami’s defense was just as good considering Gamble (0-1) did not get pass the 50-yard line in the first half.

“We stressed all week that we have to get 11 heads on the ball,” Hubbard said. “Kids are going to miss tackles, but as long as they’re showing an effort and they’re hustling to the ball, I’m good with that.”

Deanza Duncan not only was a playmaker on offense,but on defense as well. Duncan had an interception, which led to a touchdown on New Miami’s next drive.

Robinette hit, none other than Duncan for a 45 yard strike, which put the Vikings up 18-0. New Miami would tack on another touchdown after a Gator fumble on their own 2 yard line.

Robinette would fall into the end zone on the next play to make it 24-0. New Miami (1-0) would go on to clinch the win, and Coach Hubbard and company are off and running into their 2019 season.

PHOTOS: Ross, Badin battle in The Report’s Game of the Week
WEEK 2 PREVIEW: Ross looks to go 2-0 for first time since 2014