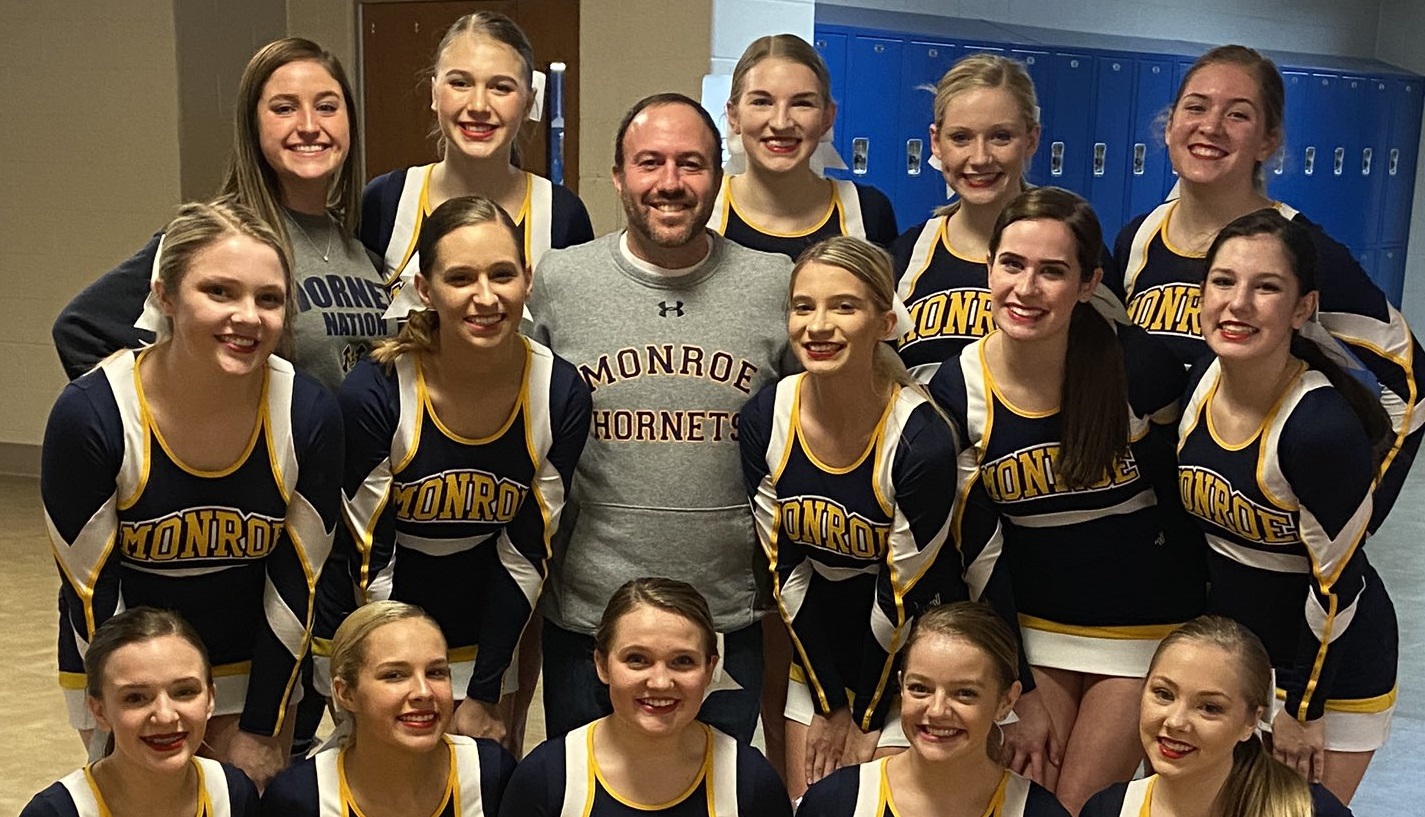 MONROE — Eric Silverman said he isn’t one for personal recognition. That’s simply because he wants the focus to be on his student-athletes and coaches.

The Monroe High School athletic director was recently dubbed one of Southwest Ohio Athletic Director Association’s Athletic Directors of the Year for his unparalleled support for the Hornet sports community.

“I appreciate the recognition,” Silverman added. “At the end of the day, to me this is a reflection of the awesome kids we have at Monroe, the tremendous coaches that we have and the culture within our school and community.

“I’m honored by this, and I’m not one for personal recognition, but when you’re recognized by your fellow athletic directors who are in the trenches with you, it’s certainly humbling,” Silverman continued. “I really am honored by it.”

Silverman, who graduated from Mason in 2002 before obtaining a sports management undergraduate and master’s degree from Ohio University, said he came into a fortunate scenario at Monroe. He said his predecessors set the tone.

“When I took over here at Monroe, I came into a great situation,” said Silverman, who began to name past Hornet athletic directors in Jesse Cantazaro, Dave Bauer and John Singleton just to name a few. “All of those guys had a hand in building the culture of our athletics department. I certainly wanted to sustain that. We just want to keep stacking bricks and continue to enhance what we’re doing. But the building blocks were in place, it was an awesome time for me to come in and continue the work that all the previous athletic directors at Monroe had put into place. All I’m trying to do is continue that.”

Silverman’s resume includes a brief stint in Columbus interning with the Ohio High School Athletic Association, performing administrative assistant and assistant athletic director duties at Mason and being the athletic director at Eaton prior to coming to Monroe in 2016.

“As a unified staff across our district, we’ve put a real emphasis on the culture we’re continually working to build,” Silverman said. “Our kids and the entire school are buying into that. It has led to success — not only in athletics for our teams, but more importantly, in the overall development of our kids. They’re awesome in the classroom, and they’re awesome within our community. That, to me, is the most rewarding part of this job.

“I think that every day, we just try to get better,” Silverman added. “We always want to be better tomorrow than what we are today. As long as we keep doing that, then we are moving in the right direction.

When asked how everyone at Monroe is handling the unprecedented start to the spring sports season, Silverman shared, “I’m sure that I’m speaking for all athletic directors out there, but one of the biggest things we’re specifically focusing on is how we shape our culture. How we approach it from our end is by controlling our responses to everything,” Silverman said. “You walk through our buildings at Monroe, and you walk through our hallways and on our sidewalks and see ‘E+R=O’ painted all over the place. The E is the event, the R is the response to it, and the O is the outcome that you want to achieve.

More Latest News
TOUGH TIMES: Let’s give these coverage area student-athletes a little love
A waiting game: How area spring sports programs are prepping for a season put on hold