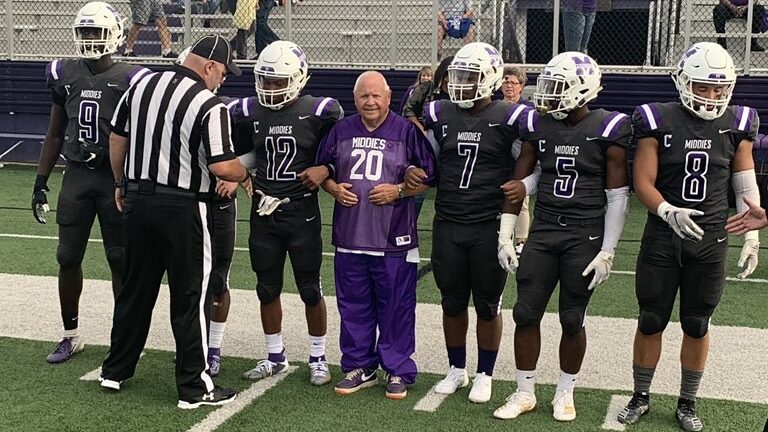 MIDDLETOWN — You know allergy season is in full bloom with the way the referees threw out hankies in the Middletown High football team’s 37-14 loss to Springboro and you’d have thought the stands at Barnitz Stadium were a triage assembly for the Spanish Flu.

The Middies were charged with 16 penalties that amassed 143 yards.

“They continue to plague us,” Middletown coach Don Simpson said. “We’re a young team and it seems like I’m saying the same thing over and over that we’re a young team, but when you’re trying to build a program that’s what you run into. “

The Middies charged out of the gate with an interception by Kelvin Shealey on the first play from scrimmage, and two plays later, Kamari Fuller connected with Josh Bryant for a 63-yard touchdown strike.

The Middies held the lead for almost 8 minutes before the Panthers answered with a 14-yard rushing touchdown from Moise Armbruster to tie the game.

Matthew Dapore kicked a field goal to give Springboro a 10-7 lead with 11:15 remaining in the second quarter, and the Middies played a game of catch-up for the remaining 33-plus minutes.

The ensuing kickoff resulted in a Middies fumble, and after a change of possession, the Panthers responded with an eight-play, 77-yard drive that resulted in a 12-yard touchdown pass from Mikey Appel to Titan Case.

“I want to watch the film and see where the mistakes were and just get back here and correct it,” Simpson said.

Everytime the Middies tried to mount a comeback that little yellow bean bag filled cloth bag seemed to find its place in the Middletown airspace and the Middies were forced to punt or go for broke.

Whether they were justifiable flags or not, the Middies couldn’t overcome the deficit. They lacked the one thing teams need when games get tough —veteran leadership.

“The first couple years you’re going to be young out there and you ultimately want to get to a point where now you’re playing seniors on the field,” Simpson said. “Guys with experience, guys with a little maturity, more composure and that’s what we don’t have right now.”

Kamari Fuller led the Middies with 195 yards and two touchdowns passing. Josh Bryant rushed for 78 yards and 84 receiving yards with a touchdown.