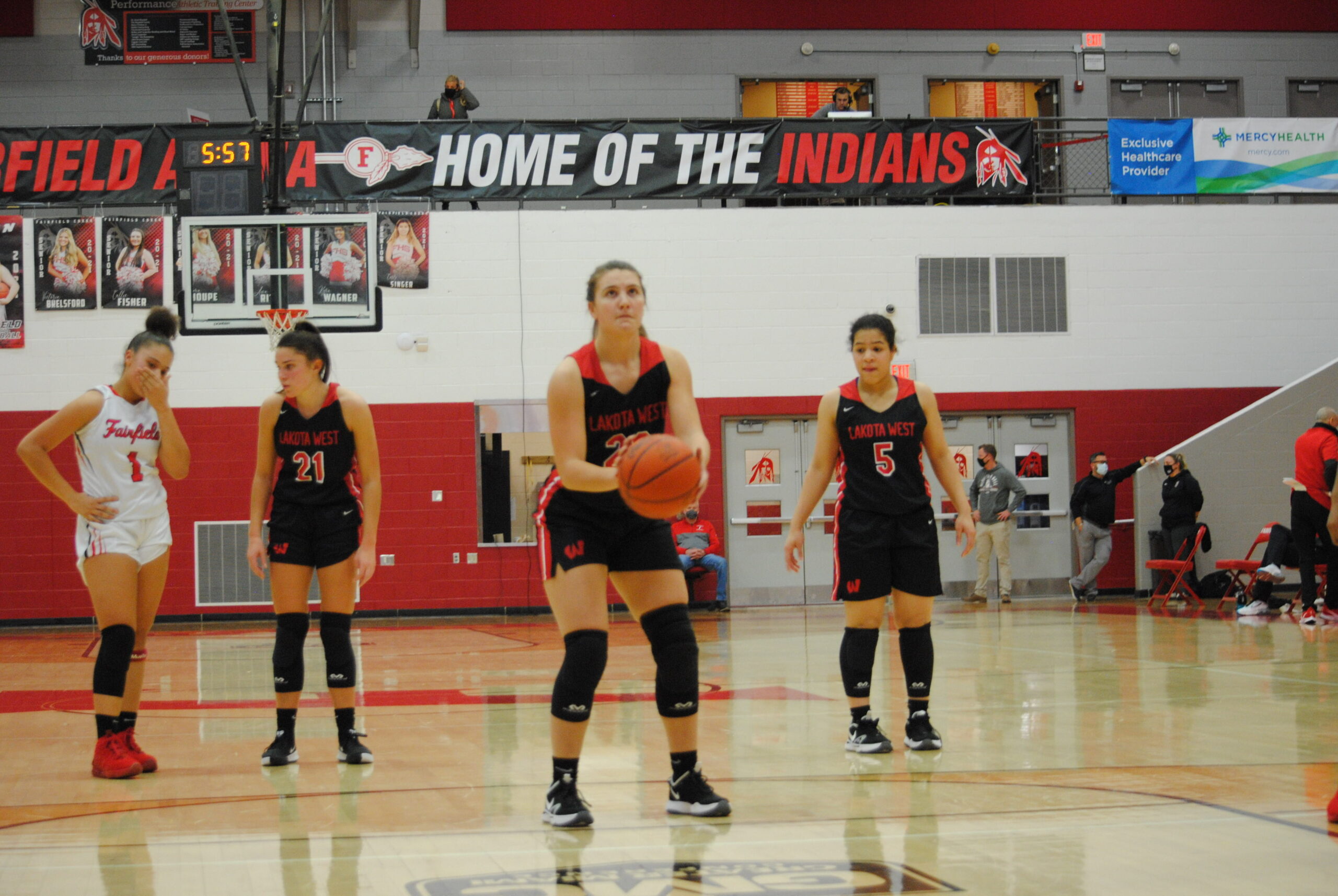 FAIRFIELD — The Lakota West High girls basketball team didn’t get off to the kind of start it wanted to on Wednesday night against the fellow Greater Miami Conference foe Fairfield Indians.

After tipoff was delayed because the JV game ran long and then action was paused early in the first quarter due to technical difficulties with the scoreboard at Fairfield Arena, Firebirds coach Andy Fishman said his team appeared sluggish.

Fairfield managed to jump out to an early lead scoring the first few baskets, but the Firebirds settled in by taking advantage of offensive rebounds and good passing to help them surge past the Indians with a 20-7 first-quarter advantage.

Lakota West put that slow start in the rear-view mirror and was able to cruise to an 84-32 victory over Fairfield — giving the Firebirds their third straight win.

“We got off to a slow start. We were in a little funk with the delay and then the scoreboard situation,” Fishman said. “Then Emily Doerman gave us a big lift with her offensive rebounding and got us going with some second-chance points. Then we had some good ball movement, Chance (Gray) had some good looks and Amara (Flores) started getting into the seams.”

The Firebirds (4-2) grabbed a total of 50 rebounds — twice the number of Fairfield — and 25 second-chance points compared to 2 for Fairfield (0-2).

Gray said a couple of early-season losses was a source of motivation for her and her teammates. Since suffering a heartbreaking 2-point loss to Mason in the second game of the season, followed by a loss to Princeton, the Firebirds will no longer look past anyone on their schedule.

“I think those first two losses, we’re still a little bitter about it, so we’re just not taking any game lightly,” said Gray, a junior who recently passed the 1,000-point mark. “We still have a long season ahead of us, so we’re just trying to get through it and come out with a win.”

Fairfield coach David Loper attributed the setback to his team’s inability to execute the offense as designed, which led to turnovers and easy buckets points for Lakota West. The Firebirds scored 36 of their points off turnovers.

“Execution is big in basketball,” Loper said. “If you don’t execute correctly, you’re going to get in trouble. You’re not going to play well and you’re going to throw the ball away. We had some players in the wrong position and went to the wrong place and therefore we didn’t execute well, and they stole the ball.”

Next up, Lakota West hosts Middletown on Saturday, while Fairfield travels to Oak Hills.