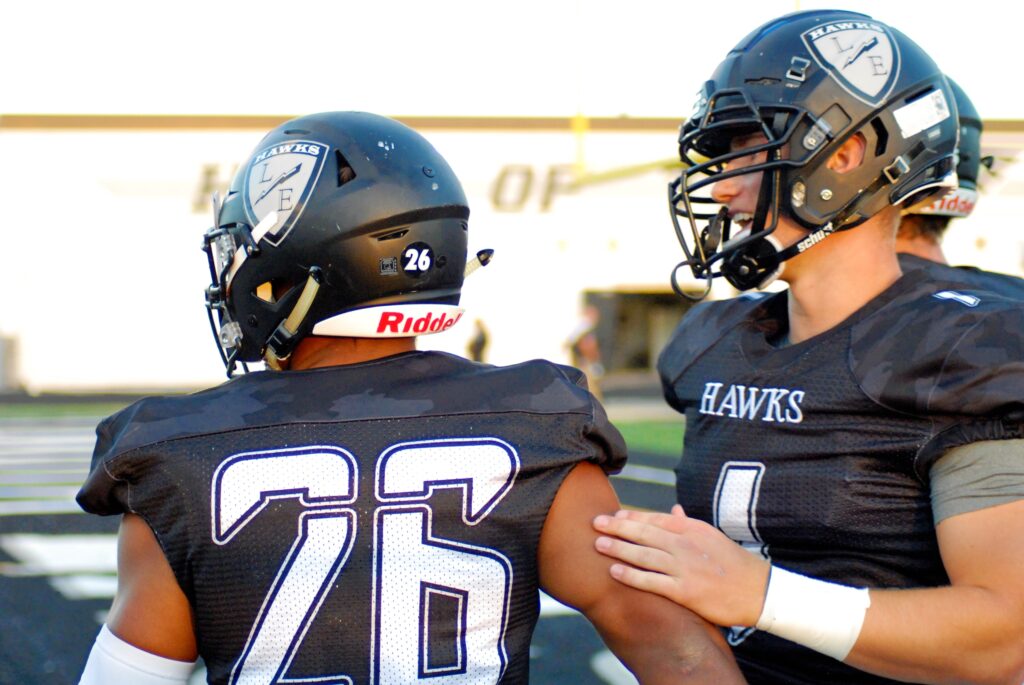 LIBERTY TWP. — In the opening round Division I matchup between the Lakota East Thunderhawks and the Sycamore Aviators, the ‘Hawks got a little payback from their Week 1 loss with a 28-10 home victory on Friday night.

The win sets up a date with No. 2-ranked and crosstown rival Lakota West next Friday at 7 p.m. The Firebirds downed West Clermont 44-0.

The ‘Hawks (4-3) were determined not to go home early. On the first play from scrimmage, Charlie Kenrich took off on a 73-yard run. Four plays later, he ran in a 1-yard touchdown to stake East with the early 7-0 lead.

“I need to get my speed up but I tried,” Kenrich said. “We like getting the ball first and getting that first threat to score right away.”

Sycamore added a field goal late in the first quarter, and East was more than happy to trade field goals for touchdowns. Midway through the second quarter, Jordell Smith punched the ball in from a yard out for the first of his two touchdown runs.

The Aviators did add a late second quarter touchdown to draw to within 4 points to make it a 14-10 halftime score.

East played a perfect first half — no penalties and no turnovers. The Thunderhawks were penalized just twice all game and had zero turnovers.

East pitched a second half shutout defensively, even though the Aviators did sniff the end zone on two occasions. The first ended in a Josh Thornhill fumble recovery, and the second was a turnover on downs in the waning minutes of the game.

Thornhill has had a recent knack for being near the ball. The fumble recovery marked his fourth straight game with a turnover and gives him five in the last four games.

“I thought defensively we played better,” Lakota East coach Rick Haynes said. “Our coaches and our players did a great job on that side of the ball. They have some talented kids. The quarterback (Andrew Fehr) is really good there, No. 8 (William Ingle), I hope he’s ok, but he’s really talented. I thought defensively with our plan, our kids executed the plan better.

“It ranks up there,” Haynes added. “Obviously we played Princeton that was a huge win for us but obviously I think we’re getting better. Big stop down there on the fumble which was huge and our quarterback I thought played really well.”

“Oh yeah. I’m excited, and it’s going to be a good game,” Kenrich said of the Thunderhawks’ meeting against the Firebirds.

“Man, it’s going to be something that you have never seen before,” Thornhill added.