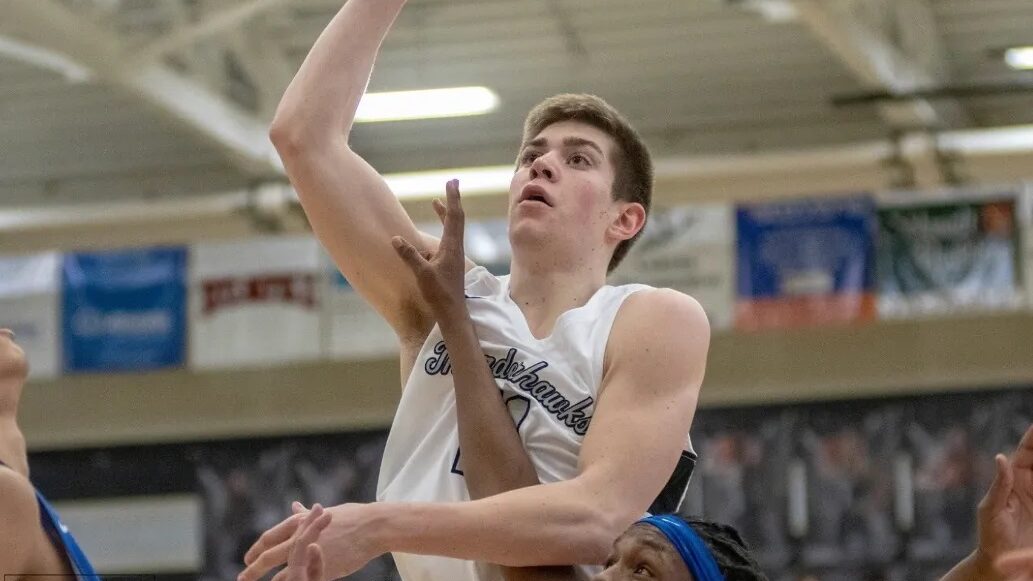 HAMILTON — A year ago the Lakota East Thunderhawks saw their season come to an end in a heartbreaking two-point postseason loss to the Greater Miami Conference foe Princeton Vikings.

The Thunderhawks showed a short memory in a 52-43 Division I sectional final victory over the Vikings on Friday at Hamilton — earning a bit of redemption.

“Our guys were ready from the get-go,”  Lakota East coach Clint Adkins said. “There didn’t have to be any motivational speeches or anything like that. Anytime you have a league team that jumps into your bracket, that right there is motivation enough.”

The Vikings (16-9) jumped out to an untenable 9-7 first-quarter lead behind fierce defensive pressure the Thunderhawks (19-5) struggled to crack.

“Their pressure started to die down a little bit once we wore them down with our motion,” Lakota East forward Bash Wieland said. “We were screening and cutting constantly. They started off pressuring us a lot in the first and second quarter.”

“You come out and play these guys in the first quarter and their guys are up in you,” Adkins said. “They’re physical, and over the course of the game I think their pressure backed off just a little bit.”

Thunderhawks guard Nate Johnson had the responsibility of toting the rock against that defensive pressure. Aquitting himself well, being the only underclassman in Adkin’s rotation.

“We knew the pressure was coming but there ain’t nothing like game time,” Johnson said. “Coach just said, ‘Be calm and we’ll pull this one out.’”

“Huge. Huge,” Adkins said in referencing the rebounding margin. “They have guys like Jaheim Thomas, Sterling Berkhalter and Micah Thomas. Those guys are really good offensive rebounders. I thought for the most part we did a great job of keeping them off the offensive glass.”

That short memory exploded in the fourth quarter. Princeton’s DeAirius Barker hit a 3 cutting Lakota East’s lead to three. Kaden Fuhrmann answered with a three of his own on the next trip down the court extending East’s lead back to six.

The Vikings wouldn’t get any closer from there.

“That was a huge momentum change,” Adkins said. “I think when they missed, we went down and scored and pushed it to nine — that was a huge turning point in the game.”

A turning point it was.

Wieland had two consecutive trips down the court that resulted in and-one opportunities, converting one of the two. Holding a 45-36 lead, the Thunderhawks prevailed by hitting their free throws — draining 13 of 17 free throws while the Vikings hit 4 of 11.

Lakota East faces the winner of Huber Heights-Kettering Fairmont on March 9 at University of Dayton Arena.