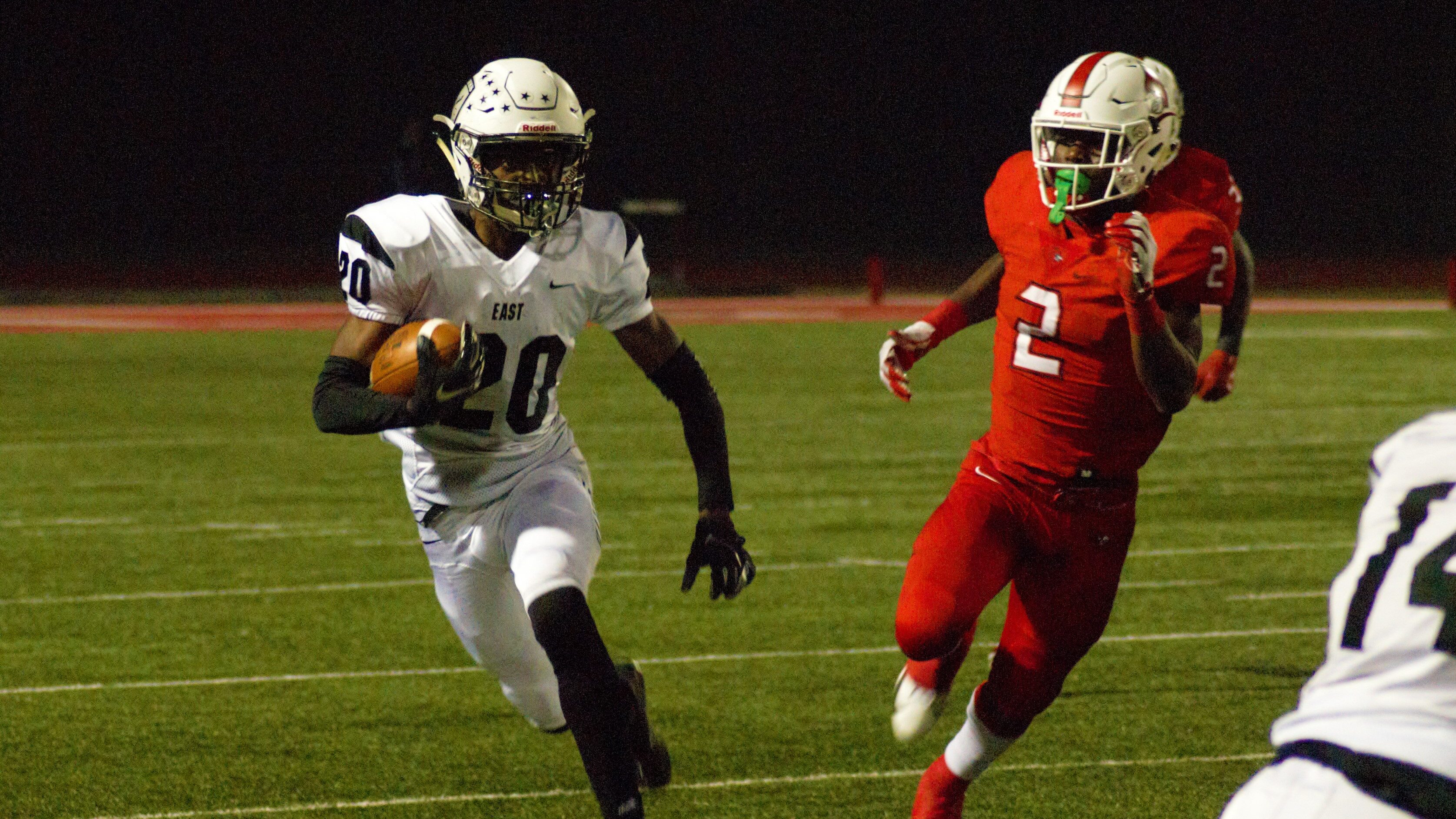 CINCINNATI — The Colerain High football team cruised to a 34-3 win over Lakota East on the legs of running back Hamzah Abdul-Waheed and the overall effort of its defense.

The Thunderhawks slipped to 4-5 overall and 3-4 in the Greater Miami Conference, while the Cardinals moved to 8-1, 7-0 GMC.

“Hamzah had a great night,” Colerain coach Shawn Cutright said. “He’s one of our senior leaders. He’s been running hard for us all year. He found some holes tonight.”

On Colerain’s first possession of the game, it ran the ball three straight plays with Abdul-Waheed.

The Cardinals set themselves up in Lakota East territory at the 44-yard line, grinding down East’s defense. On the very next play, running back Jaylen Thomas fumbled as he was trying to evade Thunderhawk tacklers.

The Lakota East offense seemed as though it would capitalize on the golden opportunity. On the first play of the drive, East running back Joshua Thornhill ran to the left side of the field for a 35-yard gain before getting stopped at the Colerain 9-yard line.

The long gain by Thornhill would be the only highlight. The next four plays involved two runs for four yards, an offsides penalty and an incomplete pass by quarterback Mark Krajewski. That resulted in an East field goal by Gavin Myers.

On Colerain’s ensuing possession, it had the same game plan as the last drive — feed Abdul-Waheed the ball and control the line of scrimmage.

Abdul-Waheed accounted for 43 yards on a drive that started on the Colerain 44-yard line. Cardinals quarterback Freddie Johnson ran up the middle for the 1-yard score.

The game began to spiral out of control for the Thunderhawks.

Krajewski through an interception into the hands of Kenny Willis at the Colerain 37-yard line. Then the Cardinals went three-and-out with an opportunity for Lakota East to get back into the game down 6-3. But a penalty on East’s next play, and Colerain’s defense made things difficult.

To add insult to injury for the Thunderhawks, the special teams didn’t do them any favors. Colerain returner Deshawn Pace waved for a fair catch, but was contacted with a helmet-to-helmet hit by a defender on the punt that resulted in the Cardinals starting at their own 38-yard line late in the second quarter.

The first play from scrimmage, Abdul-Waheed ran up the middle for a 62-yard touchdown to give the Cardinals a 13-3 lead. Colerain ran the ball early and often in this contest, starting with Abdul-Waheed — who gained 127 yards in the first half, 182 yards overall on 21 carries.

It was all Cardinals from that point on.

This was Colerain’s last home game as it will take on conference leader and undefeated Fairfield (9-0, 7-0 GMC) at Fairfield in Week 10. That contest will have plenty of juice, as conference supremacy will be on the line next week.