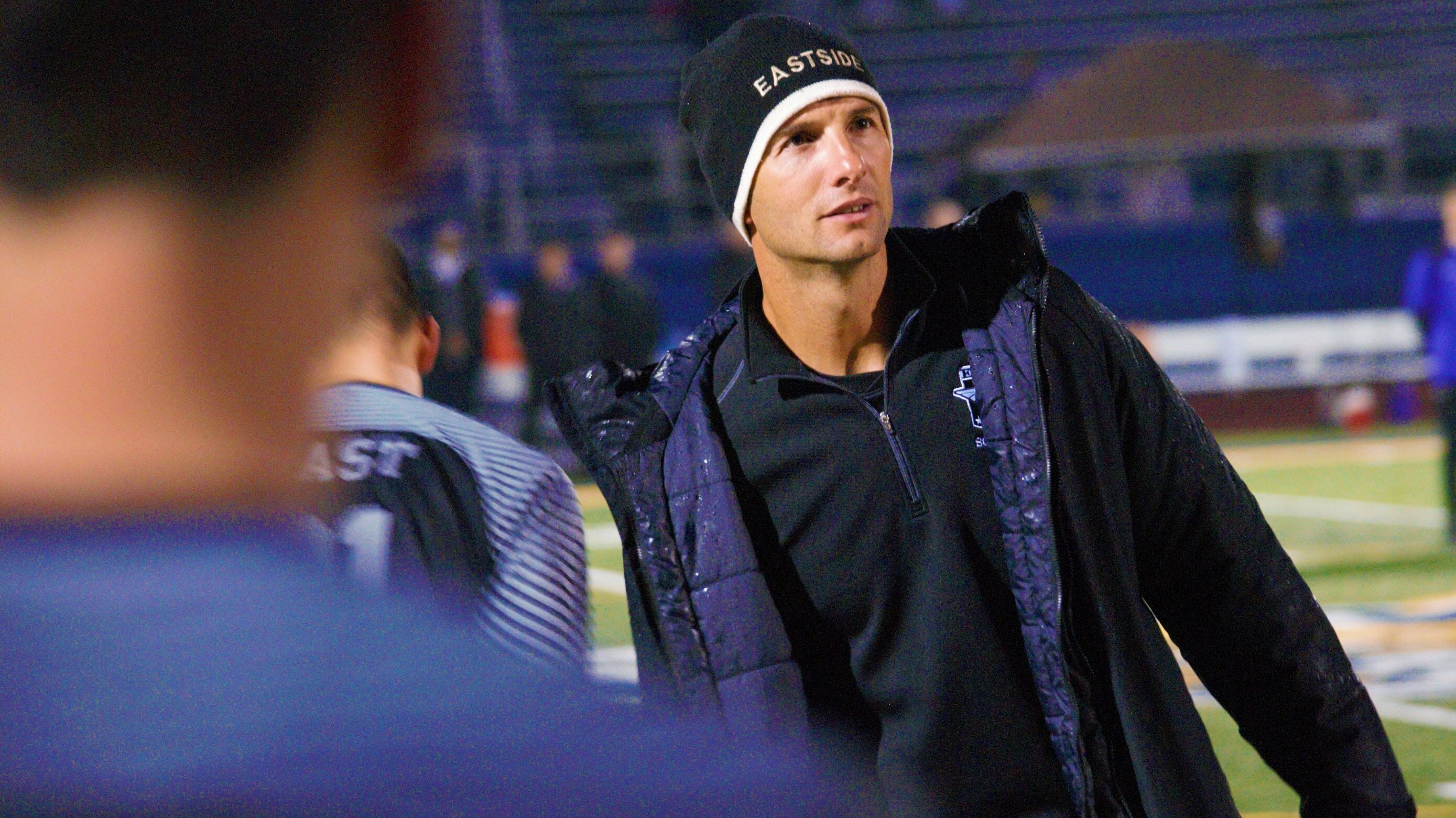 XENIA — The stands at Doug Adams Stadium had barely settled in as play began between the Lakota East Thunderhawks and the Olentangy Liberty Patriots.

Patriots forward Jagger Brooker slid a pass across the box to Ludwig Conrad, who sent in the game’s first and only goal just 48 seconds in, and Olentangy Liberty held off Lakota East 1-0 in a Division I state semifinal.

“I wish we could get that first minute back,” Lakota East coach Jeremy Hilen said. “We found ourselves in a hole a couple times this postseason. I thought we would continue to give a good fight, and we did. We just couldn’t get that equalizer. But man, we played one heck of a team in Olentangy.

“Overall, I’m just really proud of the way they fought to get here,” Hilen added. “They did something only a couple of teams have done in Lakota East history.”

Both sides tightened up on defense after the early goal. Midway through the second half, the pace and play picked up.

Lakota East had four corner kick opportunities down the stretch but just couldn’t get the ball past the Patriot defense.

“We got a few chances that looked good,” Hilen said. “We got a couple of inches away from maybe getting a head on the ball that it squeaks past the keeper a little bit more solidly. A couple just kind of trickled to the keeper’s head.”

The Patriots (19-2-1) are reaching their fourth state title game since 2011. Olentangy Liberty will take on Cleveland St. Ignatius on Sunday, Nov. 10 at Columbus Crew Stadium.

“They know what this stage is like,” Hilen said. “They know mentally how to prepare for it. They certainly had a good group of returning players from last year’s squad, and I’m sure that helped them down the run. I’m sure that will help them in the next round.”

The loss drops the Thunderhawks record to 16-4-3. Even bigger is the ‘Hawks also lose 14 seniors.

“They will be sorely missed,” Hilen said. “I think they can be very proud that they left a good legacy here while they spent their time with us.”