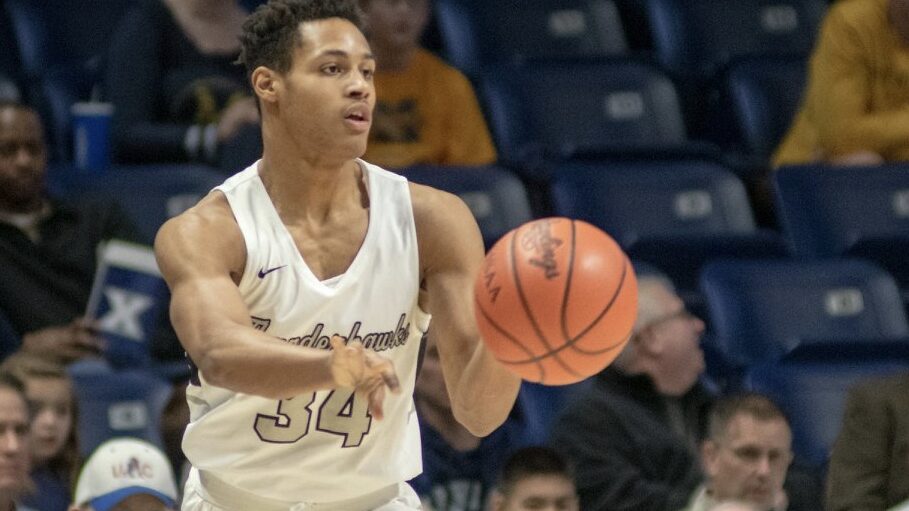 A career-high 34 points confirmed Johnson’s assumption, and the Thunderhawks rolled in their Greater Miami Conference opener with a 59-49 victory over the visiting Princeton Vikings on Friday.

“I think everybody’s now just starting to see it, and Nate’s a guy who shoots it really really well off the bounce,” Lakota East coach Clint Adkins said. “His 15-16-foot pull-up is high level stuff, and he’s developing from 3-point range. He didn’t hit a 3 last year.”

Johnson was 0-for-7 from behind the arc last season. He was 3-for-4 on Friday.

“My confidence shooting the ball developed over the summer because I knew my role last year,” Johnson said. “We had Bash Wieland. You have a guy like that, I’ll play my role to ensure we get wins.”

Early in the first quarter, it was evident that Johnson would be the focal point of the game. He scored the only five points for East in a sluggish first-quarter start that saw the Thunderhawks staring down an 11-5 deficit heading into the second quarter.

Then Johnson asserted himself into the game.

Johnson opened the second quarter with a 3-pointer, and with 3:31 left in the half, he took a pass off a backdoor cut and slammed it home to give the ‘Hawks a 17-15 lead they would not give up.

“I think a little bit of it was fool’s gold because I thought we got some great shots some great looks that I thought our guys normally hit and we just missed.” Adkins said. “You look at them and they hit two or three contested shots that you know you’re looking at them saying ‘hey.’ You’re going to live with those shots because they’re really, really good, but more than likely they are not going to make contested step backs all night long.”

Adkins was right, as the Vikings’ shots stopped falling, shots from Johnson started dropping — to the tune of 15 points in the second quarter alone to lead the Thunderhawks into halftime with a 27-22 lead.

“Obviously the second quarter was a big quarter for us, and Jared hit a nice bucket there going into the half just to give us that momentum and that push,” Adkins said referring to Jared McCorkle’s buzzer-beating basket at the end of the first half.

The Thunderhawks carried that momentum into the third quarter behind not only Johnson but also Trevor Howard.

“I want to give a special thanks to Trevor Howard going 4-for-4 today,” Johnson said. “We’ve been waiting for him to hit some shots.”

Howard scored 14 adding two free throws with is 4-for-4 performance from beyond the arc.

The Vikings made a run and pulled to within five points on a 3-pointer from Bowen Hardman midway through the fourth quarter.

“You knew they were going to make a run,” Adkins said. “They have too many offensive weapons not to make a run and obviously the Hardmann kid going  and hit like six 3s in a row (three) or whatever he hit. He was on fire and they cut it to five and I was happy with how our guys responded to the adversity and we needed a good bucket we kept attacking the rim and got the buckets we needed.

“I’m proud of our guys and how they stuck together, you know fighting through some adversity right now. You got an injured Kaden Furhman and you know at the end of the day you can’t make excuses. Next guy up. I’m just proud of their effort.”