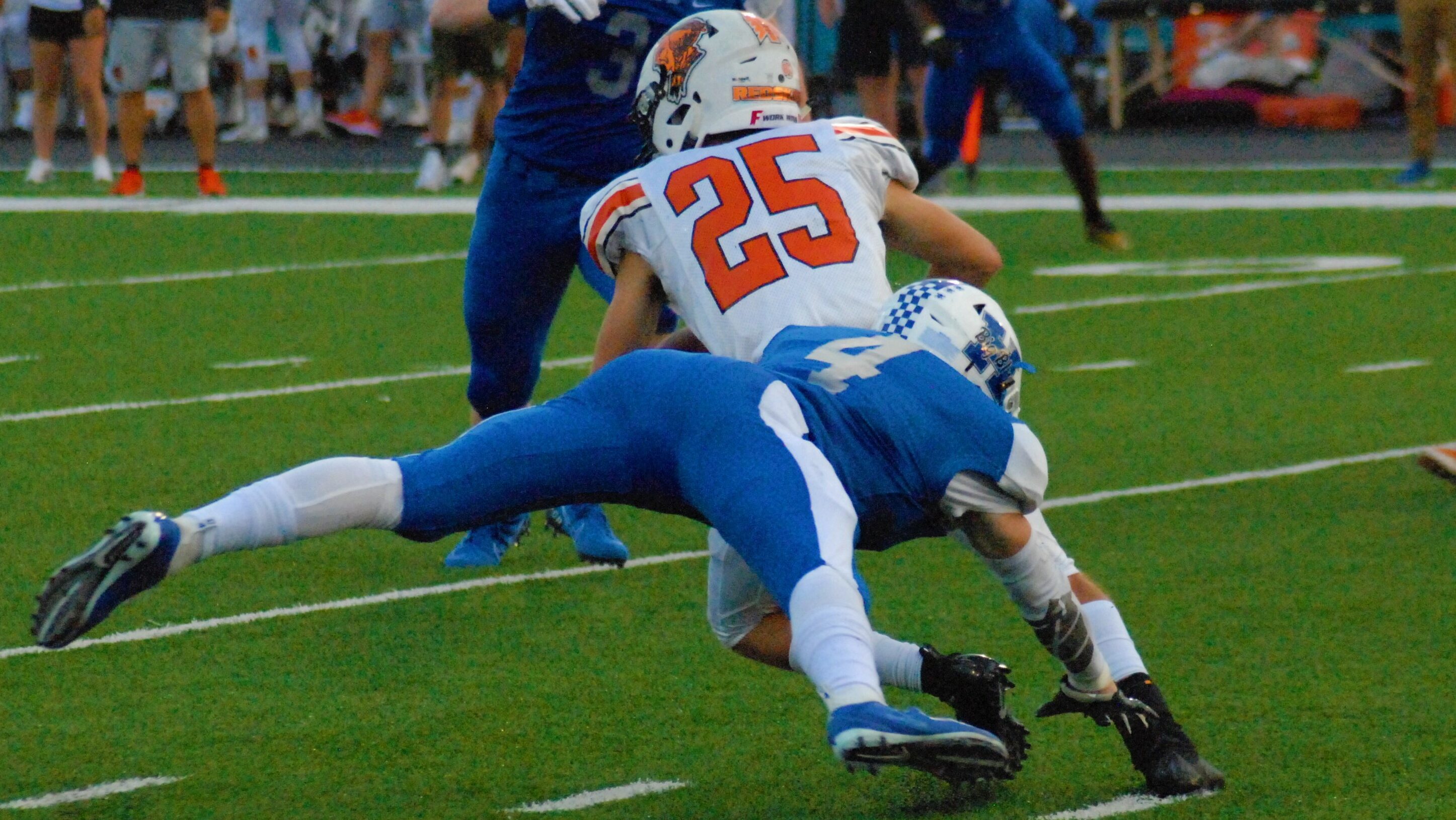 HAMILTON — The Hamilton High football team’s season is off to an unfamiliar start.

Following a 28-14 win over Anderson on Friday, the Big Blue have moved to 2-0 on the season — doubling their win total from last season.

Keyshawn Stephens got Hamilton on the board in the first quarter with a receiving touchdown, putting the hosts ahead 7-0.

But Anderson answered with a touchdown run by Andrew Williams to knot it up at 7-7.

Stephens added a rushing touchdown in the second quarter to make it 14-7 Hamilton — a lead it took into the half.

In the third quarter, Anderson scored on a Jerrick McClanahan touchdown to tie it up at 14. But Stephens added two more rushing touchdowns to put the game on ice for Hamilton.

All in all, Stephens finished with 115 yards and three rushing touchdowns and 44 yards receiving with a score.

The 2-0 start from Hamilton is a far cry from their 1-9 venture of a season ago. But Mahon is no stranger to reclamation projects. After taking over a 2-8 Little Miami squad in 2016, he led the Panthers to a 16-6 record over the last two seasons, including their first playoff berth since 1992.

Hamilton takes on Lakota West at home next week, while Anderson travels to Harrison.