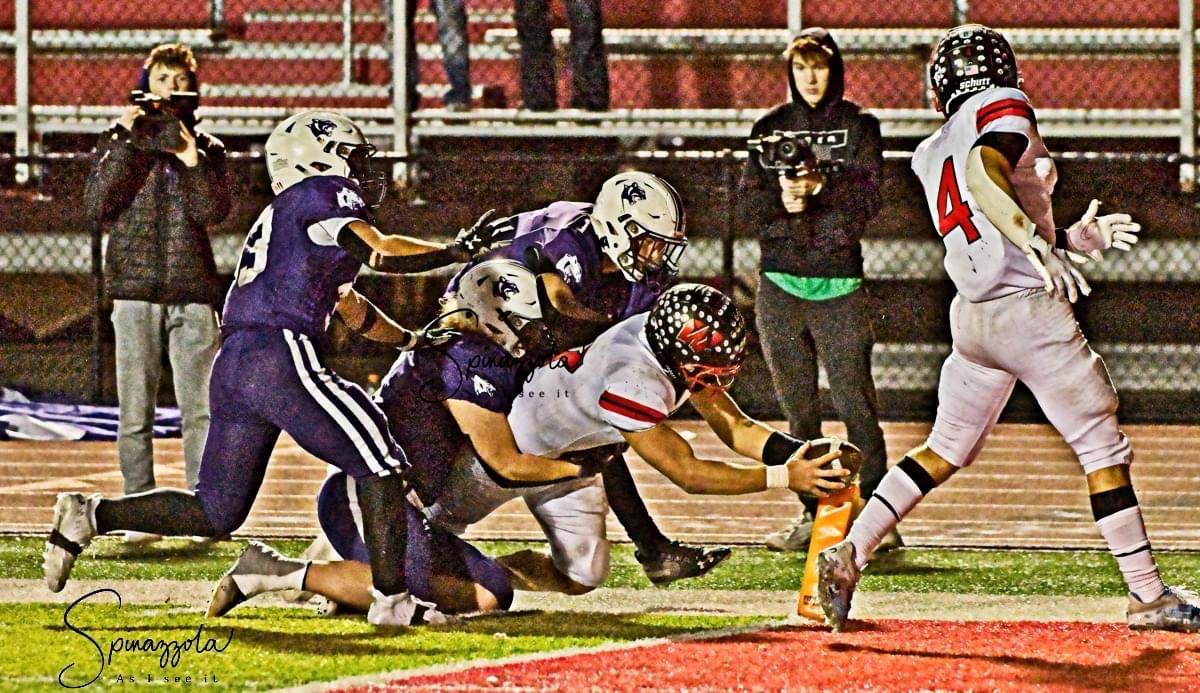 SHARONVILLE — In a packed house of 2,425 at Pat Mancuso field, the Lakota West Firebirds beat the Elder Panthers 30-10 to advance to the Division I regional finals for the second year in a row.

In a game that began as a defensive slugfest, the Firebirds pulled away late to secure its meeting of retribution with the Moeller Crusaders in the regional finals.

Elder came into the game averaging 141 yards through the air and 163 yards on the ground, but the Firebirds held the Panthers to 53 yards passing and 144 yards rushing. It was the dominance in the pass defense that was the true game changer though.

“If we couldn’t stop the pass this weekend with Ohio State, Notre Dame, and Northwestern on the back end, I’d be awful disappointed. Those guys just got to keep doing what they’re doing,” Lakota West coach Tom Bolden said of the trio of power-5 committed defensive backs.

Joshua Fussell (Northwestern), Malik Hartford (Ohio State) and Ben Minich (Notre Dame) didn’t allow Elder quarterback Ben Schoster to do much with his arm, but his legs provided some moments of consternation for the Firebird faithful early with a 50-yard run to set up the Panthers’ first points.

West took the ball to begin the game and on its first play from scrimmage, quarterback Mitch Bolden connected with Trent Lloyd for a 35-yard reception — but Lloyd fumbled the ball trying to extend the play and Elder took over at its own 43 just mere seconds into the game.

Each team traded punts until Tyler Bohn kicked a 45-yard field goal to give the Firebirds a 6-3 lead midway through the third quarter. Lakota West added a Trent Lloyd 4-yard touchdown run to take 13-3 lead into halftime.

The third quarter brought some drama.

Mitch Bolden connected with Scottie Johnson for an 18-yard touchdown on a third and long pass to extend the Firebird lead to 20-3.

The ensuing Elder drive ended in a 3-yard Schoster pass to Carson Browne on a drive that was extended by three Firebird penalties resulting in 40 yards gained for the Panthers. A defensive holding wiped out a Ben Minich interception and a dead ball unsportsmanlike penalty set the Panthers up in great field position.

Another interception was wiped out on a roughing the passer penalty and four plays later Elder had drawn to within 10 points.

“It was one of those things where the quarterback is pretty darn mobile and we wanted to keep him moving around, we’ve got the guys that can cover on the back end and we did a good job with that,” Bolden said. ”I mean, really other than the couple mental breakdowns in that third quarter where we extended that drive for the touchdown, the defense was lights out again.

“One was tough. The defensive holding I didn’t really see but the roughing the passer I’ve got to look at it again,” Bolden added. “We can’t do that, we got that unsportsmanlike (penalty) but we’re going to be aggressive. We just got to be a little smarter at times when it comes to that.”

“We talked on the sideline. It was on us, it was our fault them scoring,” Minich said. “A lot of un-needed penalties and we just came out and locked back in. Our guys are cool and calm headed and just talked it over.”

West wouldn’t surrender another point, allowing their first 10 points of the postseason was enough.

“They do what they do,” Bolden said. “We’ve got a lot of dudes over there and they’re playing really well and they’ve been playing lights out all year. Really the big run in the second quarter, we had a broken assignment and I had just talked about that the day before. If we do our jobs, we’re tough to move the ball on.”

Bohn added another field goal early in the fourth, this one from 42 yards. Mitch Bolden added a 1-yard touchdown plunge late in the fourth to put the game away — finishing 12 of 20 for 152 yards and one touchdown. He rushed for 97 and another score.

Schoster led the Panthers with 95 yards rushing and 53 through the air.

Elder dropped to 10-3 on the season. West moves to 13-0 and is the only remaining unbeaten team in Division I in Ohio. The Firebirds will face Moeller for the second consecutive year in the regional final next Friday at a site to be determined.