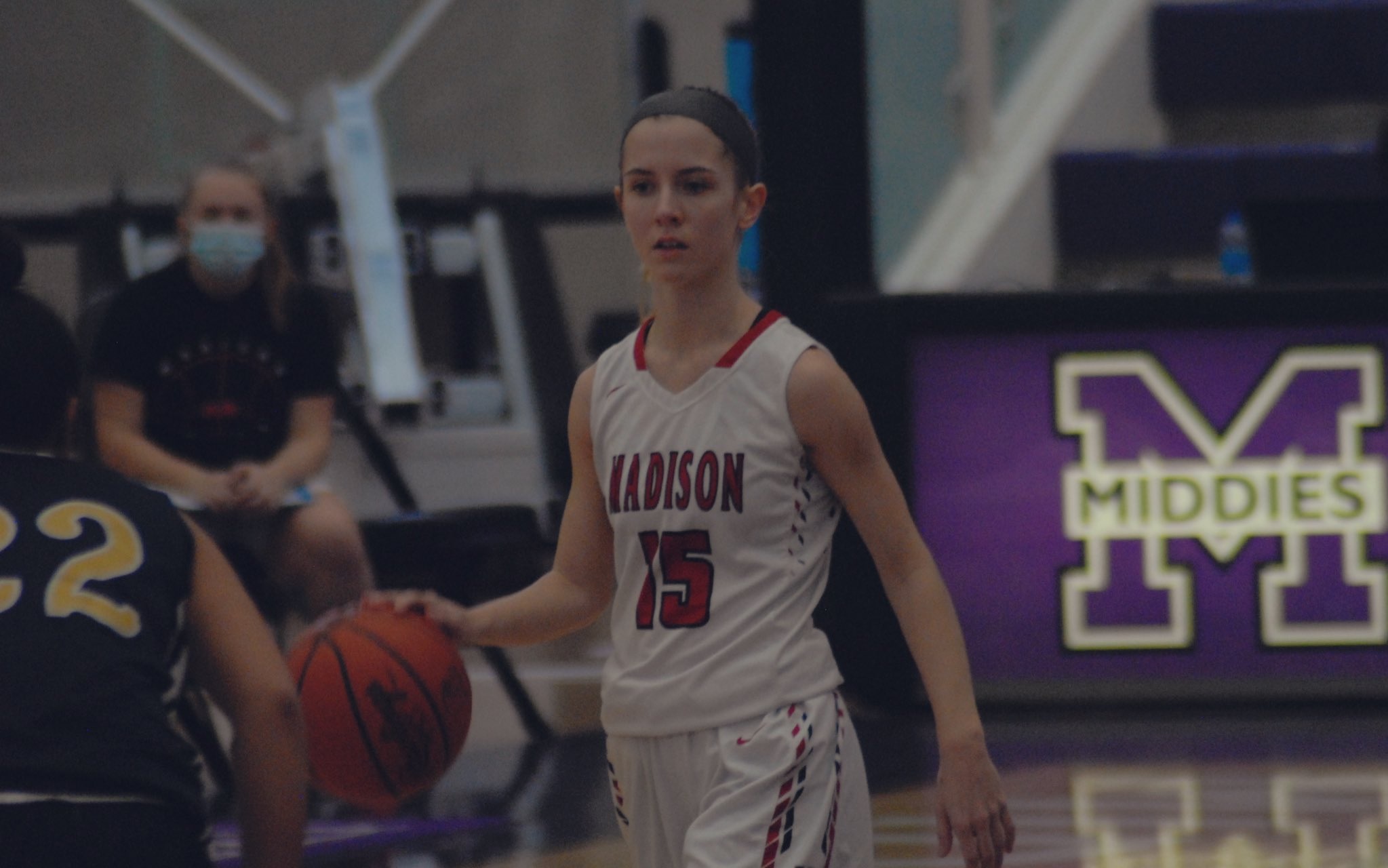 Grace Baker wasn’t about to see her senior season on the basketball court come to an end. Not Tuesday night. Not on her watch.

“I just want to keep on playing,” the Madison High School senior point guard said. “There’s always going to be times where we have to buckle down.

“I know it’s sort of my job to rally and encourage my teammates when the time comes.”

That time came around when the Oakwood Lumberjacks made a push against the Mohawks — who turned an 8-0 start into a 23-7 advantage near the beginning of the second quarter of their Division II sectional opener at Middletown.

While Madison hung on for a 49-29 victory, it was calm-natured Baker who kept things from going astray.

“Grace Baker controls the pace of the game. She has figured out when to push the ball and when to sit back,” Madison assistant coach Tommy McGuire said. “She’s doing a really good job. You saw that tonight. She controlled this game when she needed to.

“She does a lot of the intangible things that don’t get put in the scorebook or the stat sheet,” McGuire added. “And her leadership is something this young group that we have needs. She’s really stepped up.”

Baker made her presence felt when Oakwood battled back with a 12-2 run to close out the second quarter on Tuesday, and the Mohawks’ lead was cut to 27-19 heading into the halftime break.

The senior point guard rallied the troops and slowed the game down in the second half. The ball found its way to inside forces Kylie Wells and Carly McMonigle thanks to Baker’s distribution.

And there’s a reason for that.

It was Baker’s ability to take over the pace of Tuesday’s game that gave the Mohawks an opportunity to live another day.

“She’s been a great leader this year. She’s been our leader,” Brian McGuire said. “Here’s the thing about Grace Baker — her leadership over the last four or five games really starts to come out when other teams have been getting on her.

“She simply does a fantastic job of adjusting to that.”

“When she gets left open and gets those open shots, she’s taking advantage of that and she’s knocking them down,” Brian McGuire said of Baker.

“You just have to encourage your teammates,” Baker said. “It doesn’t matter. It’s all about the next play, and then the next play, and then the next. You have to take it play by play. That how I think about situations like that on the court. And I feel like I want to make sure that we’re all on the same page. I just say play by play. Set the tone and make them. Make them come to you. Make them play our pace during the game, we don’t want to play their pace.

“People are going to find out throughout the tournament that if they don’t know anything about Grace Baker, they’re going to find out quick,” Tommy McGuire said. “I just think she’s doing a great job of mixing it in and attacking and distributing.  She’s really become a complete point guard for us. She’s definitely stepped up and I’m proud to see what she’s been able to do.”