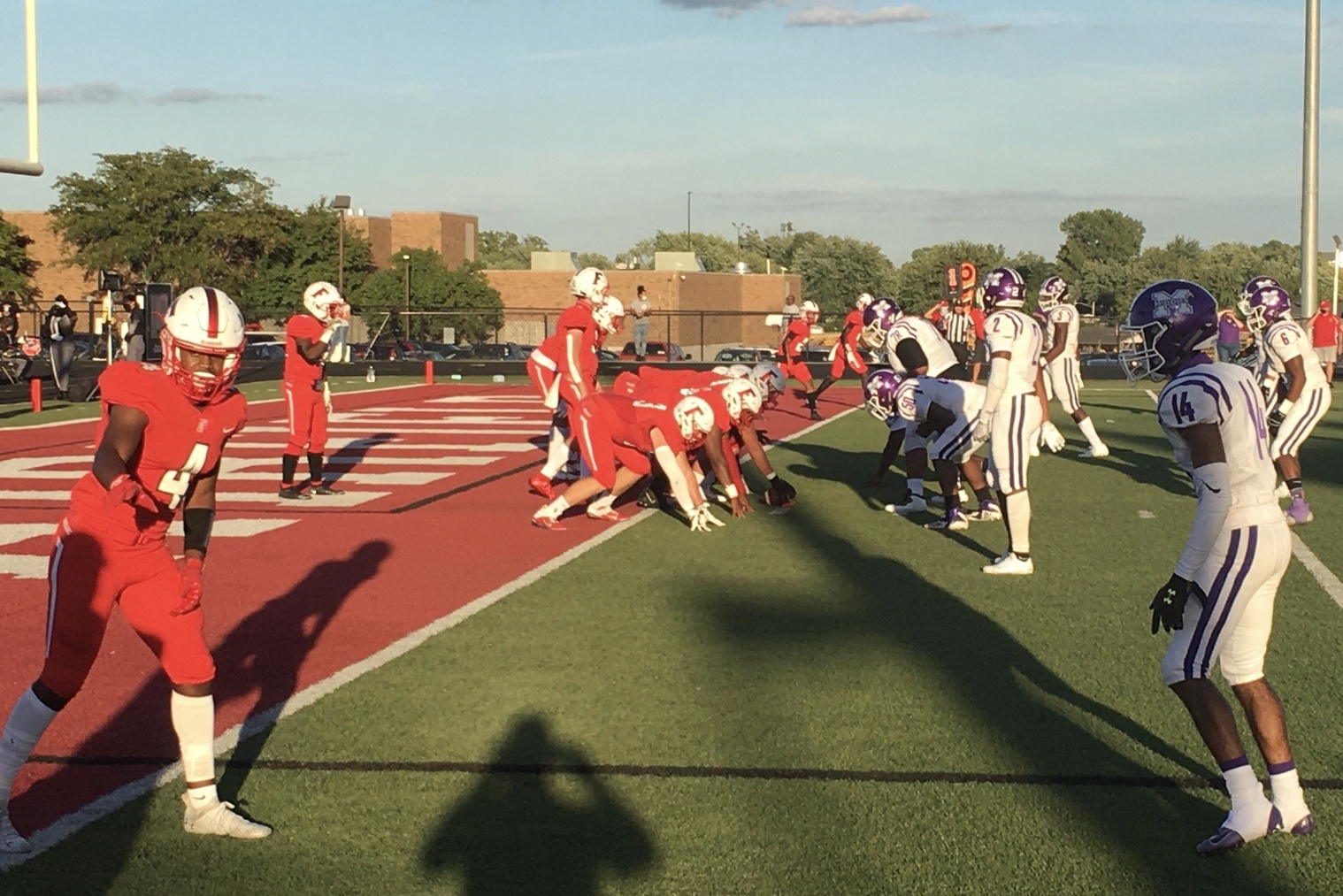 FAIRFIELD — Looking to rebound from last weeks loss to Mason, the Fairfield Indians showed that their recent Greater Miami Conference success was not waning in a 35-13 win over the visiting Middletown Middies at Fairfield Alumni Stadium.

The Middies were not even certain they would have a season.

“It was really refreshing just to be out here, when at a time when we wouldn’t get a chance to get out here,” Middletown coach Don Simpson said. “To see all the fan support and the boys playing their hearts out.”

Leading the way for the Indians was freshman quarterback Talon Fisher, who rushed for 207 yards and 4 touchdowns.

“We didn’t run him a ton last week as far as the read plays that we like with him,” Fairfield coach Jason Krause said. “He’s really good at doing those things. He’s a freshman he’s learning every Friday night.”

The Middies started the game with a 70-yard Josh Bryant touchdown run on the first play from scrimmage to take a 6-0 lead.

Talon Fisher had a 65-yard answer for a touchdown and with the made extra point gave the Indians a 7-6 lead that they would not give up.

Fisher ran for 2 more touchdowns in the first half and the Fairfield defense stiffened up after a forcing a Middletown fumble at their own 1 during the Middies second possession and marched the ball 96 yards on 105 rushing yards from Fisher (Fairfield was assessed a holding penalty during the drive).

“Especially with young kids. A bunch of them are playing and the best thing we could have done was score on the first play,” Krause said.

The Indians scored a touchdown on their first five possessions in the first half and were not forced to punt until its first possession of the second half to take a 35-6 first half lead.

After stopping the Indians on the first drive of the second half the Middies went scored on a Bryant four-yard touchdown plunge.

“Josh Bryant, what a run,” Simpson said. “To open the game up that just shows you the potential we have as a team. We haven’t scrimmaged, we haven’t played a full quarter game. We haven’t been there and we’re making mental mistakes.”

The Indians drained the clock for the next eight and a half minutes to ice the game and end any hope pf a Middie comeback.

Along with Fisher, Malik Tate rushed for 243 yards.

Bryant led the Middies with 202 yards and two touchdowns.