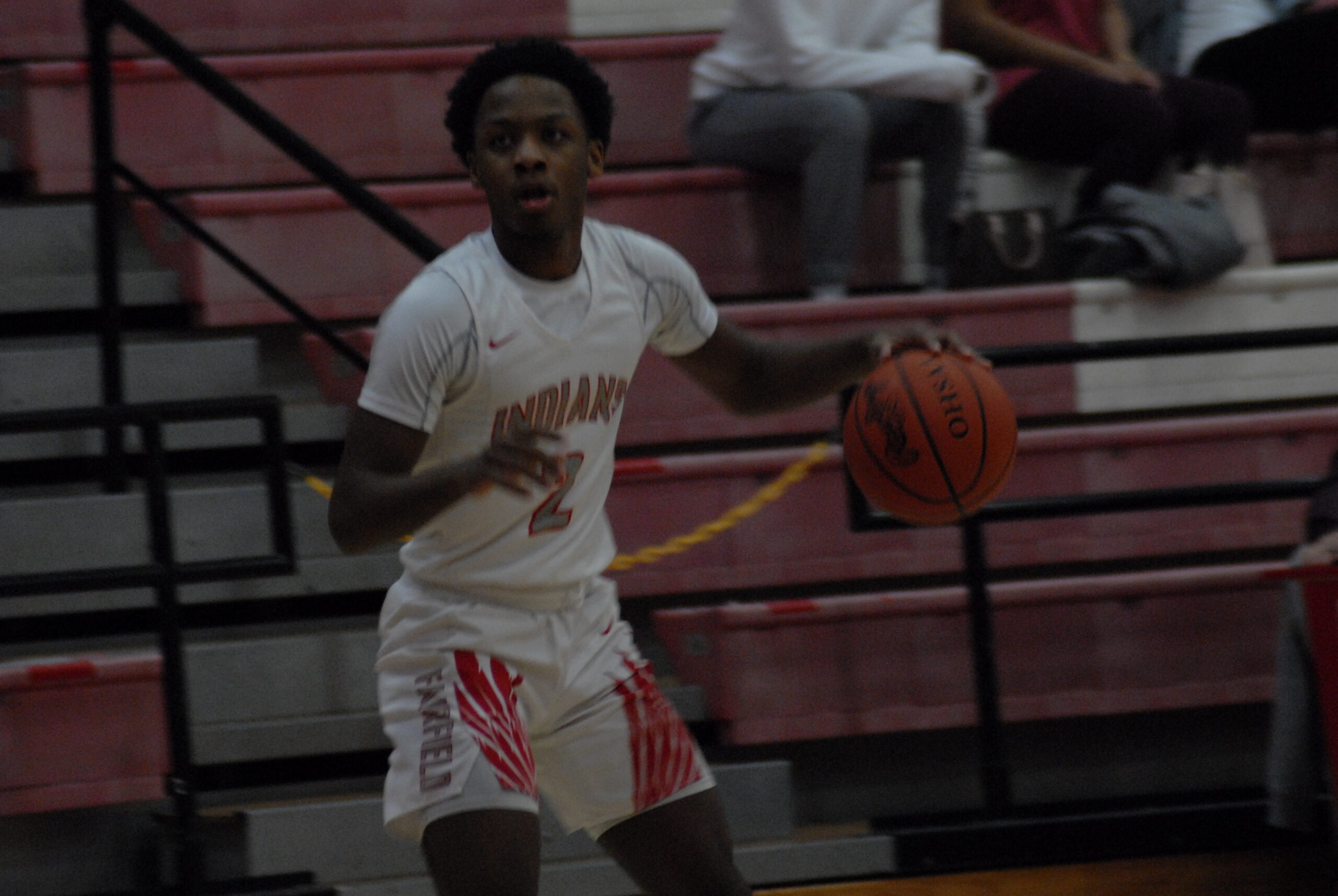 FAIRFIELD — The Fairfield and Lakota East high school boys basketball teams will be entering the OHSAA tournament next week as 4 and 5 seeds, respectively.

But there was unfinished business to take care of Tuesday night.

The two teams met up in a pivotal Greater Miami Conference matchup at Fairfield arena — a matchup with league championship implications on the line — as the Indians came out on top with a 66-58 victory.

Both teams struggled to get shots to fall out of the gate, with East jumping out to an early 12-6 lead after one quarter. But they seemed to get their mojo working in the second frame — as both programs combined for 42 total points and East heading to the locker room with a 34-26 lead.

But Fairfield wasted no time in the second half, cutting East’s lead to two points within the first 3 minutes to 38-36.

Lakota East managed to get some shots to drop soon after, but East senior Nate Johnson exited the game with three fouls and 3:40 left to play in the third. That allowed the Indians an opportunity to make a run at their first lead of the game.

It was an opportunity Fairfield would not waste, as it took the lead with under a minute to go in the quarter.

But the 2020 Elite 8 finalists did not back down in the fourth, drawing even with the Indians at 53-53 with under 4 minutes to play. Fairfield was able to capitalize on some big-time shots from Logan Woods and clutch free throw shooting down the stretch, while staving off a late Thunderhawks charge to come away with the pivotal GMC win.

“I feel the moment got to us in the first half,” Fairfield second-year coach DJ Wyrick said. “They’ve played in these games before. (Lakota East) went to the Elite 8 last year, and they won the league the last few years — so they seemed a little more comfortable early on.”

“I told our guys, ‘Relax. Play our game. Play free,’” Wyrick added. “I thought it was a good experience for our team (coming from behind), especially against a team of East’s caliber.”

Lakota East coach Clint Adkins said he thought his team played well, but noted that they’ve got to be able to finish these types of games.

“We got really good shots all night,” Adkins said. “We just took some selfish shots down the stretch. You can get by with that playing against teams with less talent, but not against teams like Fairfield.”

Deshawne Crim finished with a game-high 24 points to lead the Indians, while Logan Woods had 19.

Johnson had 16 points for the Thunderhawks, while Jack Kronauge finished with 11.

Fairfield (11-4, 10-1 GMC) can officially clinch the GMC by simply playing one more conference game, according to this year’s regulations on earning the GMC championship. Fairfield is set to visit Lakota West on Friday. Lakota East (13-5, 10-4 GMC) travels to Middletown on Friday.