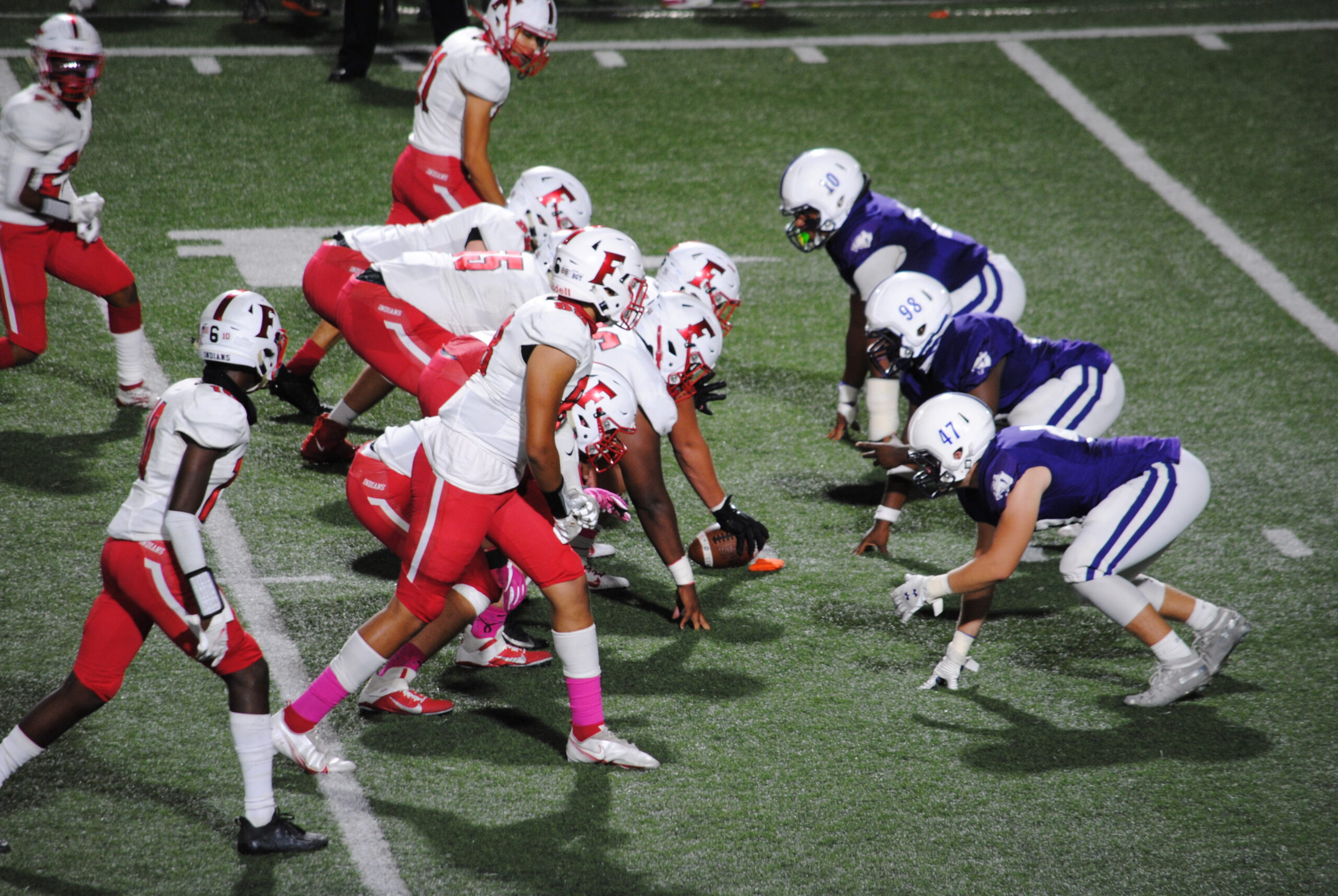 CINCINNATI — The Fairfield High football team entered the postseason with a record of 1-5, and it had to face a tough opponent in Elder, on the road — at The Pit.

But the Indians played well Friday night in their Division I playoff contest. They played well enough to win. In fact, Fairfield led a close game for most of the third and fourth quarters.

However, Fairfield was unable to make the necessary plays to close out the game, falling to the Panthers 42-39 to end its season.

“We felt like we were finally putting it together, especially on offense tonight,” Fairfield coach Jason Krause said. “The offense had a really good night, and the defense had big timely stops. We thought it was good enough to get out of here with a win. It was two good teams, in my opinion, playing football in a very tough, hard-fought battle.”

It was a hard-fought battle, indeed. Because after Elder jumped out to a 14-0 lead, it appeared the Panthers were on the verge of making it an easy win in front of their home crowd. But Fairfield continued to battle.

“We jumped on them tonight and then they hung in and got the momentum,” Elder coach Doug Ramsey said. “We had a chance, I think it was 14-0 and we had them at third and 12 and they converted and go down and score. That was huge for them because I think we were maybe on the verge of really busting the game wide open. And to their credit they kept fighting.”

The Indians scored their first touchdown of the game in the second quarter when QB Talon Fisher raced 29 yards into the end zone. The extra point was good, and the lead was cut to 14-7.

Then on Elder’s very next drive QB Ben Hambleton was sacked and fumbled the ball. Fairfield recovered and returned the ball all the way down to Elder’s 1-yard line. The next play was a handoff to Kavi Bivins for a touchdown. The Indians completed a 2-point conversion and grabbed a 15-14 lead. It appeared the momentum was starting to swing their way.

“When I scored, we got a ton of momentum,” said Fisher, who finished the game with 112 yards rushing and a TD. “Then when the defense got that fumble and got it down to the 1-yard line we got a lot more momentum and we felt like we could win that game. We came back in the second half and we were rolling on offense. We were gashing them, but we just fell short.”

After the touchdown by Bivins, the two teams exchanged scores including a 50-yard field goal by Fairfield kicker Nick Maddy with 4 seconds left in the third quarter. That made the score 21-18 in favor of Elder.

Then after halftime, Fairfield grabbed the lead with a 44-yard TD run by Jaydan Mayes, who finished the game with 176 yards rushing and 2 TDs, making the score 32-28 in favor of Fairfield.

The Indians then added to their lead with another TD run by Bivins with 10:04 to go in the fourth. The score was now 39-28.

Elder then scored a TD with a little under 8 minutes to go in the game but failed on their 2-point conversion attempt making the score 39-34.

After that, Fairfield was unable to move the ball on its next drive and was forced to punt. Elder took over at their own 43-yard line with just a little over 5 minutes to go.

The Panthers moved the ball with ease and capped off the drive with a 13-yard TD by Drew Ramsey. They followed the TD with another run by Ramsey for a successful 2-point conversion making the score 42-39 to ultimately win them the game.

“We started off hot and then we kind of fell apart in the second and third quarters,” Ramsey said. “Then in the fourth quarter we went down by 11 and we came back and we never stopped fighting and we got the win.”

Elder hosts Moeller next Friday to continue its postseason.