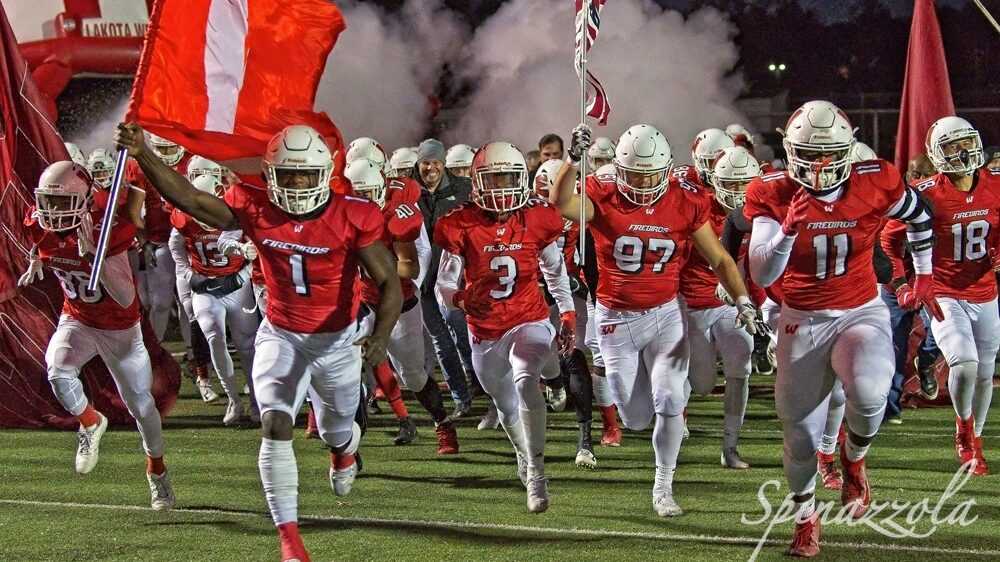 CINCINNATI — The Lakota West High football team made a return to the playoffs after a five-year absence Friday night, but its post-season run was cut short after losing to Elder 42-17 at The Pit.

While no coach goes into a game expecting to lose, Firebirds coach Tom Bolden understood the incredible challenge ahead of them.

It was a very tall task, indeed. The Panthers had the Firebirds on their heels from the very beginning. On the opening kickoff, the Panthers went with an onside kick and recovered it on the Firebirds’ 48-yard line.

And they wouldn’t look back.

The Firebirds failed to respond on their next two drives, while the Panthers continued to increase their lead by scoring two more TDs to go up 21-0.

Towards the end of the second quarter, Lakota West managed to put together a drive that setup a 32-yard field goal by senior kicker Josh Laine to make the score 21-3 with 1:09 showing.

With such little time on the clock before halftime and a comfortable lead, some teams may decide to run the ball to run time off the clock or take a knee. Not the Panthers.

They added another TD to go up 28-3 right before halftime. This time it was a 53-yard pass from Luebbe to senior wide receiver Evan Vollmer down the sideline.

“We didn’t make an adjustment defensively right before the half,” Bolden said. “We just have to get him out of bounds and couldn’t do it. Hats off to Elder, they made the plays when they needed to.”

The Panthers continued to make plays and increase their lead in the second half. They scored on a 15-yard pass from Luebee to Vollmer and a 1-yard TD run by senior running back Joseph Catania.

The Firebirds did manage to put together a touchdown drive of their own late in the fourth quarter. It was a 10-play, 60-yard drive that ended with a touchdown pass from freshman quarterback Mitch Bolden to Caleb Rao.

But it was just too little too late.

Mitch Bolden, who finished the game 6 of 12 passing with 36 yards and a touchdown, was disappointed with the loss. But he believes the program is set up for more success in the future.

The strides the program took, going from having a 1-9 record in 2018 to making the playoffs in 2019, is proof the program is headed in the right direction.

“I’m proud of my kids. I’m proud of how they never quit, and that’s a step we’ve taken,” Bolden said. “I told the senior class what you need to understand is, for the very good Lakota West football teams to come in the future, they will be responsible for this. They’ll be the senior class that got things turned around.”

While they didn’t get the outcome they wanted, Tom Bolden expressed that there’s still a lot for his players to be proud of and thankful for.

“It didn’t turn out the way wanted it, obviously,” the coach said. “But it’s still a memory that these seniors and these kids will have for the rest of their lives. That’s the greatest thing about high school sports, high school sports in Ohio and especially football.”