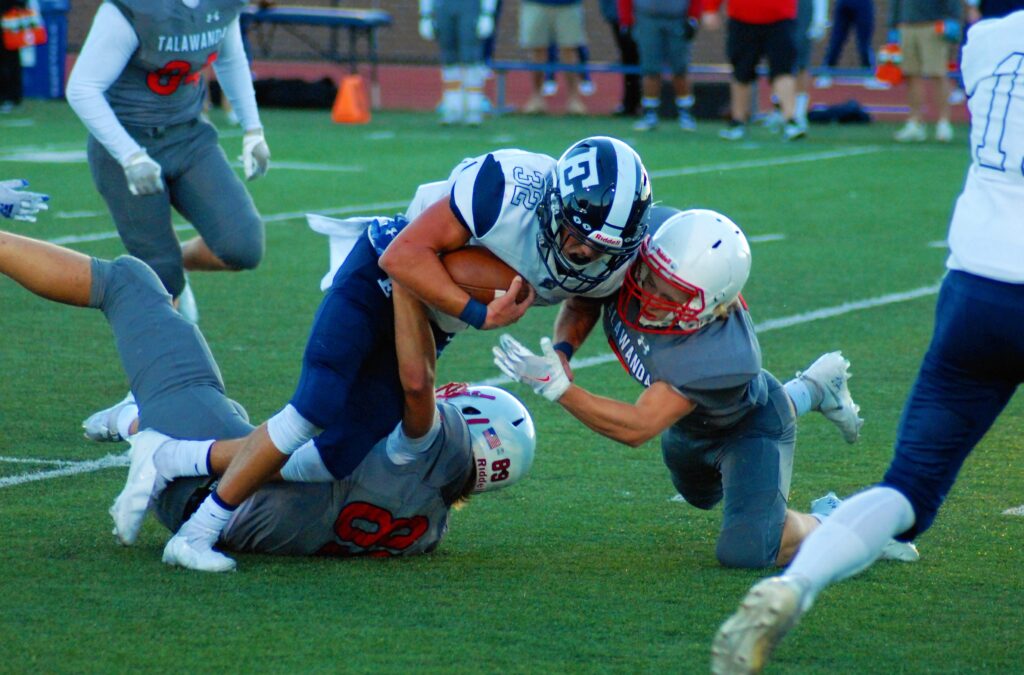 Week 5 quickly approaches, and it is time to look closer at the playoff format for 2020, which will be very different than previous seasons.

All schools are eligible for the postseason, starting in Week Seven, and 664 schools have opted in, according to the OHSAA’s press release.  The original press release can be found here: https://www.ohsaa.org/news-media/articles/ohsaa-announces-new-football-regions.

Let’s take a look at the break down division-by-division for what this all means for the Butler County schools:

Total Teams In the Bracket: 25

Analysis: This will be a very difficult region to seed, given that it’s a hodge-podge of a wide geographical area.

Three teams that made the playoffs from this region last year aren’t even in the region this time around — Canal Winchester and Walnut Ridge got shifted over to Region 7, while Columbus St. Francis de Sales drops to Division III. Losing those Columbus schools is nice, but in their place, Troy, Sidney, and Piqua re-enter this region after being in Region 7 last year.

Winton Woods and LaSalle are the big names that stand out, but Kings and Piqua are actually above the two of them in the Harbins right now. Kings was supposed to play Winton Woods in Week 1, but that game got cancelled due to COVID.

Edgewood is currently 7th and Talawanda 9th in the Harbins. Edgewood plays Ross in Week 5, which would give them a chance to make one final statement before the coaches vote, if the Cougars could pull off that win. A win over Ross might be the difference between a first-round bye and playing Oct. 9. But with the Top 16 teams all getting a home game to start off their tournament, it’s a pretty safe bet that both Edgewood and Talawanda will at least start the playoffs at home, even if it’s without the bye.

Columbus West hasn’t even played a game yet, and so they will have a grand total of one game — Week 5 vs. Columbus South — to judge them on.  I don’t expect the other coaches to give them much benefit of the doubt, though, if they look at last year’s rankings and see that Columbus West went 0-10 last year.

I expect the Cincinnati schools to have a reasonable idea of how good each other are, but I wonder how much respect the Miami Valley League teams — especially Piqua — will get.

With fewer schools in the Troy area, Columbus area, and even Teays Valley in the Circleville area in this region, some of those schools may get overlooked and outvoted, resulting in a couple of the better schools possibly being underseeded and giving a nasty surprise to some of the mid-level Cincy schools.