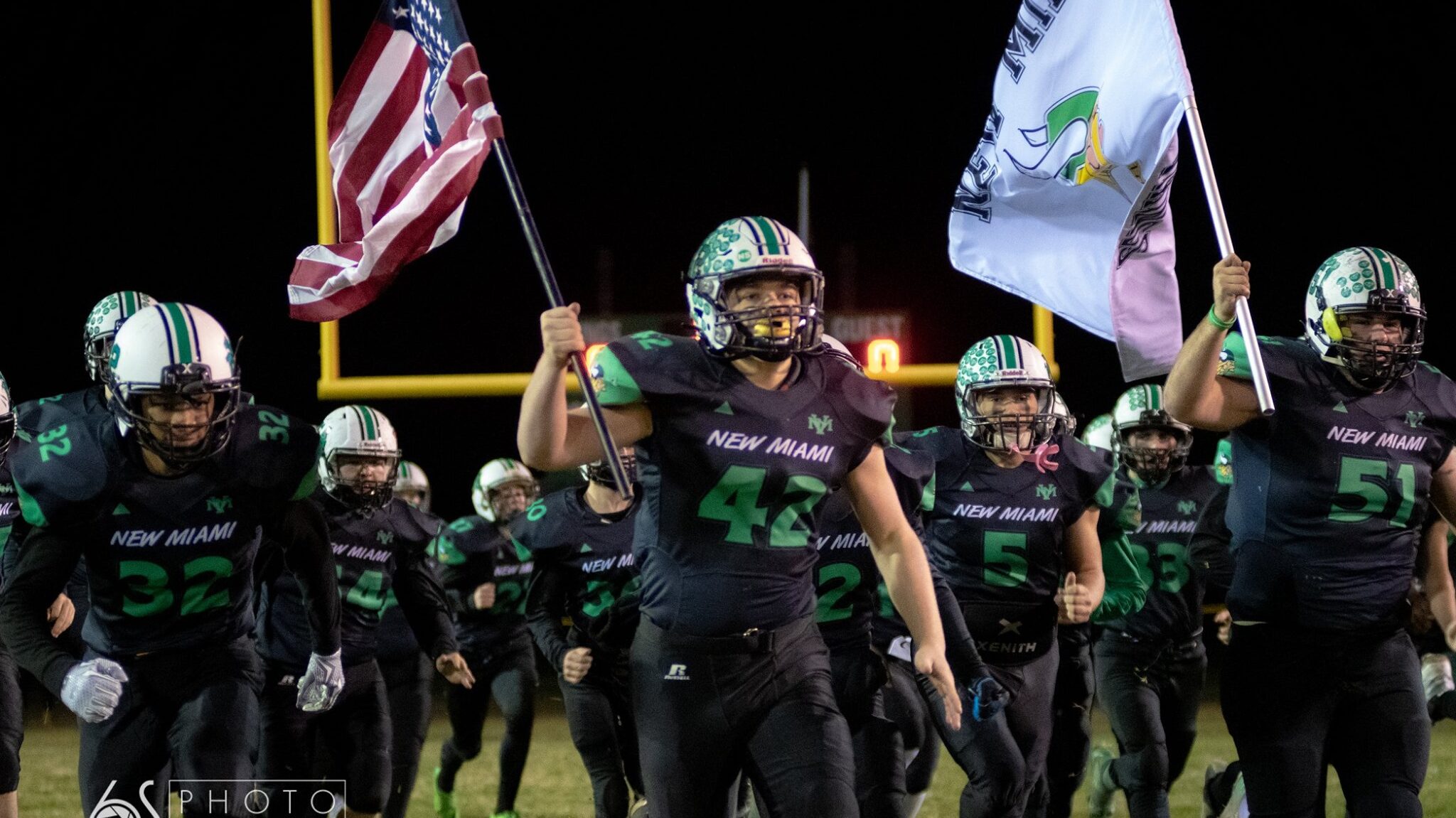 VILLAGE OF NEW MIAMI — A small little town along State Route 127 shut down for a night. Businesses. Streets. Everything.

If you would have walked up to John P. Mara Field a couple hours prior to the Division VII regional quarterfinal bout between New Miami and New Bremen, you would have discovered why.

Something special was about to take place. Like, first playoff game ever to be played at New Miami, special.

Though in the end and despite watching the Vikings sustain a crushing 45-15 blow from the Cardinals, the New Miami faithful should be proud. No head should be held low.

They should be proud, well, to be The Village

“Are we doing it right?” New Miami athletic director Eric Hayes said while scrambling before kickoff. “We’re doing the best we can.”

There really wasn’t a question.

And when he said we, Hayes meant the hundreds of people who put forth an effort to make sure that visiting New Bremen was welcomed in with a playoff-like atmosphere.

After all, the Cardinals were getting ready to watch the rarest of playoff contests — right after those same Cardinals fans saw their girls volleyball team take home a Division III state title earlier in the day.

New Bremen deserved the warm welcome on a chilly night. Little ole New Miami followed through with it.

Bleachers were hauled in from two different county fairgrounds — Butler and Preble. Streamers, signs, the Vikings mascot, both teams’ marching bands, an additional concession stand trailer that provided the New Bremen fan-base with the hospitality it deserved — all of that brought the secluded town of New Miami to life.

Yeah, a 10-0 regular season is statement enough that says “You’re Back,” New Miami. But the one thing justifying The Village coming back to life is the fact that a week of preparation was, without a doubt, brought to life during a contest that really wasn’t a contest once the final quarter ended.

I get it, you can’t be satisfied after a 30-point butt-kicking. But, New Miami coach Jessie Hubbard made light to that.

“We needed this type of thing here,” the second-year Vikings mentor said. “These boys enjoyed everything about this entire year, and especially tonight. This was something else to see.

“New Miami came together tonight. And it’s time we start wanting to expect this.”

“We’re going to do this again,” Vikings junior quarterback Trey Robinette said. “This isn’t going to be the end of it.”

Overhead in the press box after the game, “When New Bremen fans were buying things from that additional trailer over there, they tipped. They didn’t ask for change.”

What that translated to was that Cardinals fans and their administration understood what this type of setting meant to this tiny place in Butler County, Ohio. Because, well, the Cardinals were just as excited to be a part of the same stage the Vikings were on.

Everybody won on Saturday, even if the scoreboard said otherwise.