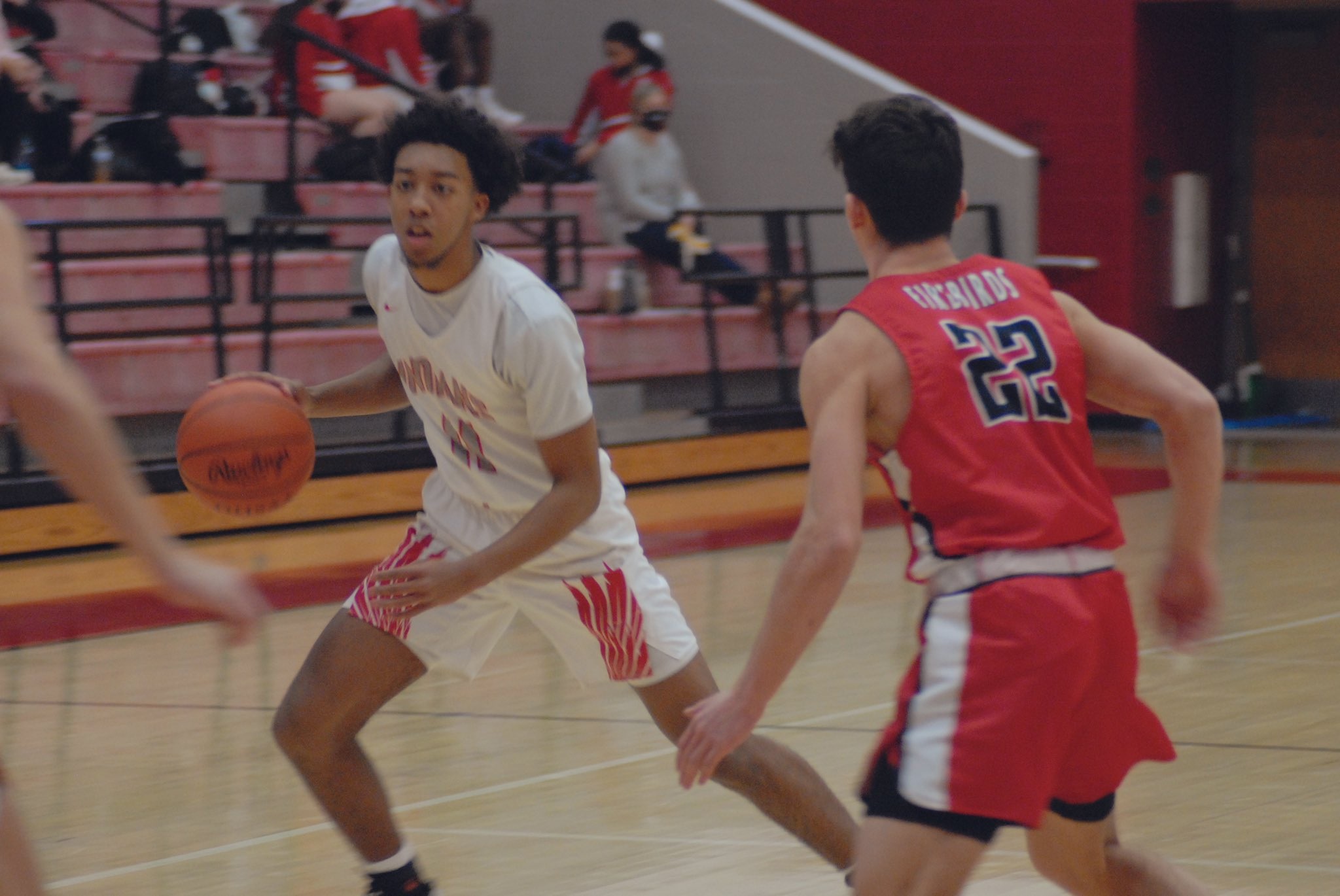 The seemingly even contest on paper between two teams at the top began to see some separation in the early going.

Sophomore Deshawne Crim scored a game-high 24 points and junior Logan Woods tallied 20 to help the Indians past the Firebirds 69-49 at Fairfield Arena.

Lakota West was able to hang with the Indians for the entirety of the first quarter. It was during the second quarter that Crim took over for Fairfield, scoring 15 points in the first half while shooting just under 50 percent.

It seemed like there was a lid on the basket for the Firebirds, as they shot 33 percent in the first half and 29 percent in the second half. Kelvin Turner led the way for Lakota West with 15 points.

However, the two-headed monster that has existed for Fairfield all season was back tonight. When it was all said and done, Woods and Crim combined to score 44 of Fairfield’s 69 points.

“That guy’s a brother to me,” Crim said. “We play hard, we play good together, and I think we have that chemistry.”

One thing that might have gone unnoticed was big man Aamir Rogers’ presence in the paint. The sophomore grabbed 10 rebounds in 17 minutes on the floor, with seven of those coming on the offensive end.

Fairfield coach DJ Wyrick spoke about all the extra possessions his team created.

“If you can get that many extra possessions, you’re going to be in a good spot.”

Lakota West’s Brady Weber, Turner and Nathan Dudukovich all played over 24 minutes, carrying a lot of the load for the Firebirds.

“We’re going to rely on them a lot,” Lakota West coach Jim Leon said. “We got to develop our bench a lot tonight and get them some meaningful playing time. If you’re going to win tournament games you’ve got to have a good bench.”

Weber started the game by sinking his first two 3s. But, the Indian defense was just too strong for Lakota West to put together any type of scoring run.

“They shut Dudukovich down, Kelvin (Turner) couldn’t make a shot, and Brady (Weber) struggled,” Leon said. “Give their defense the credit. He had them ready to go.”

Fairfield took a stranglehold on the GMC, improving to 4-0 in conference play and 5-3 overall. Lakota West sits at 3-2 in GMC play and 5-4 overall.

The Indians will visit Lakota East on Friday night at 7:30 p.m. in a battle of first-place teams.

“That East team is a very good team — well-coached, disciplined, really fundamentally sound,” Wyrick said. “They’re going to run they’re stuff well and they arguably have the best player in the league. They’re a challenge.”

Lakota West will host Oak Hills on Friday at 7:30 p.m.