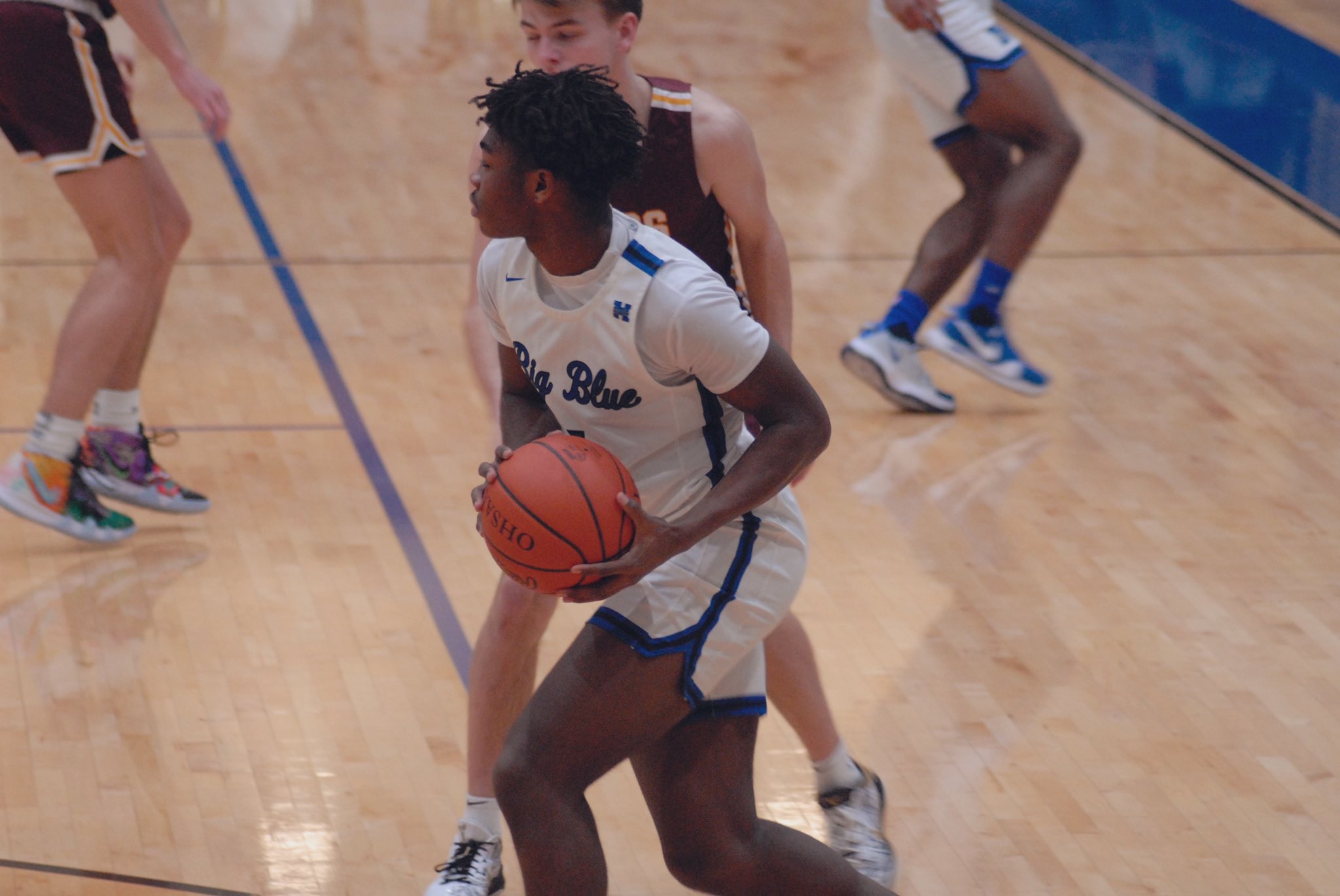 This entire high school basketball season, oddly enough, has been one of the most desirable ones I’ve ever covered. As the regular season is winding down, I began to think about how big of a deal it is that prep sports, in general, throughout the area has respectively seen a full schedule.

Being able to watch live high school sports during a pandemic is an honor — simply put — because others are restricted to doing so.

Saturday night was a prime indicator.

“This game had to be played,” Hamilton boys basketball coach Kevin Higgins said of Division I Big Blue’s battle against Division II Ross. “We needed to play someone good. They’re right down the road.”

Hamilton ultimately got by Ross 56-50.

The Big Blue has now won four in a row. The Rams are still ranked in the top 10 in Division II.

“This was a good learning experience for us,” Ross coach David Lane said. “This loss in overtime to a good, quality GMC school does a whole hell of a lot more than picking up some team that we’re going to beat by 30 points. That wouldn’t teach us anything.

“I’m very proud of my guys for their effort,” Lane added. “We just didn’t close it out tonight. We have to execute better down the stretch. But we learned a lot tonight. And that was the whole reason for playing this game.”

And Lane is absolutely right on so many levels. You don’t want to add a team in a vacant slot in your schedule that you’ll manhandle. That would never do your team justice. Dissecting both programs, whether Division I or Division II or not, the two Hamilton and Ross coaches knew that playing each other was going to be for the players. It would be a benefit regardless of what the scoreboard would say.

“There was just plenty of reasons why we should have played this game,” Higgins added.

“As the games went through this season, the chemistry is starting to bond,” Givens said. “This feels great. We just had to be patient. You have to wait until your time comes. Our time has come.”

This athletics season will undoubtedly change the way coaches and administrators look at vacancies in their schedules. Well, because, student-athletes want to play.

Ross and Hamilton wanted to play Saturday night, and I’m certainly glad they did.