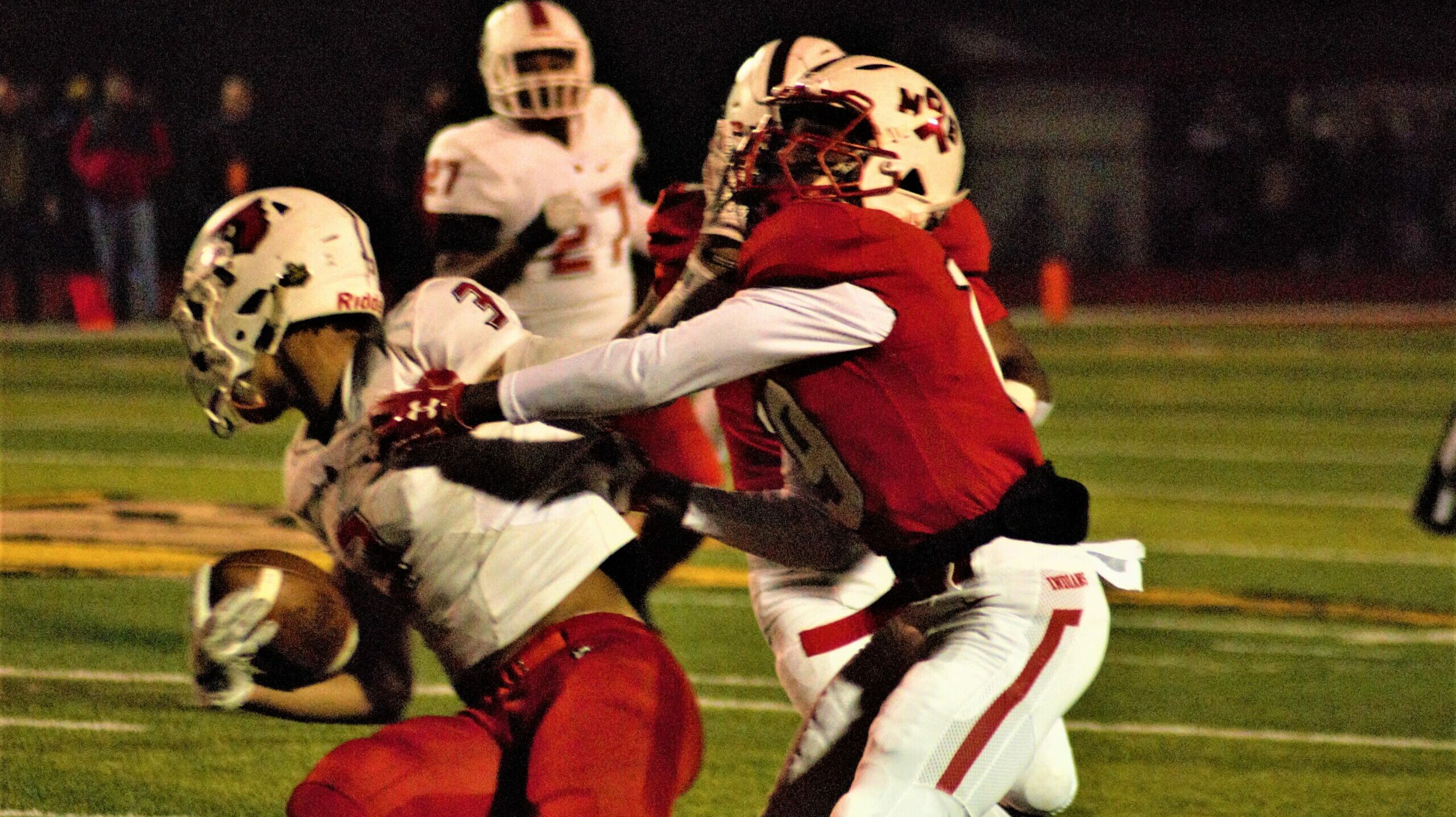 Colerain’s Brandon Sinclair jumped a Sawiaha Ellis pass and took it 27 yards down the right sideline for a pick-6, extending the Cardinals the lead and propelling them to an eventual 28-7 Division I regional semifinal victory in front of a packed house at Pat Mancuso Field — ending the Indians’ best season in 20 years.

“We came out, and we made some pretty good adjustments at halftime offensively and defensively,” Colerain coach Shawn Cutright said. “Our kids executed that well, and the third quarter was big for us. Our defense has been playing well this year, and Brandon did a great job jumping that route and getting six.”

Already down 21-7 late in the third quarter against the best defense Fairfield has played all season is not a situation the Indians wanted to find themselves in. Fairfield’s run-centric offense isn’t built to sustain a come-from-behind bid.

Adding the pick-6 in that situation proved disastrous.

“I feel like we were a triple option team when we had to throw,” Fairfield coach Jason Krause said. “It’s just not the way we’re built. We had to do that and we got behind. Our offense hasn’t been built to play from behind, and we had to do that tonight. You saw the result.”

Thomas led the Cardinals with 171 yards on 13 carries and a touchdown. He slipped through tacklers with ease gaining a lot of his yards after contact and continually found his way into the Indians’ secondary.

On the first play of the second quarter, Ellis connected with Dashaun Simpkins for a 27-yard touchdown that knotted the score up at 7.

Over the next 6 minutes, Colerain methodically marched down the field covering 82 yards in 10 plays scoring on a 28-yard Freddie Johnson pass to Isiah Myers. That was aided by a 15-yard facemask penalty on third down earlier in the drive.

“The first half, that was a pretty even game, and obviously the turnover hurt us,” Krause said. “We were driving the ball, moving the ball, and that penalty on third down to extend their drive was humongous. That was a third down, we’re going to get the ball back, and they went down and scored to take the lead going into the half. You know that was a big momentum changer in the first half.”

The Indians came out of halftime and drove to the 22-yard line before their drive stalled on a turnover on downs.

Both teams traded interceptions on their ensuing drives, and the Cardinals capitalized on a 14-yard Freddie Johnson touchdown with 58 seconds remaining in the third quarter.

“The second half they had one drive,” Krause said. “The defense played really well, but they had that one drive and obviously the pick-6.”

Jutahn McClain paced the Indians on the ground with 147 yards on 22 carries. The University of Kentucky commit was injured on the Indians’ first drive of the game, but he came back on their next possession — giving pause to everyone in the stadium after missing most of the Week 10 Colerain game and last week’s playoff-opening win over Hamilton.

The Indians finished the season at 10-2, with both losses coming from the hands of Colerain. The second-round playoff trip was the furthest a Fairfield team had advanced since the GMC champion team of 1999.

Colerain moves on to face Elder in the regional finals next Friday at Mason at 7 p.m.

“We lost to a really good football team,” Krause added. “We did some things that are uncharacteristic of us, but Colerain forced us into having to do some things. I’m very proud of these seniors and these underclassman. It’s their turn to keep it going. In just 28 days we get back at it.”