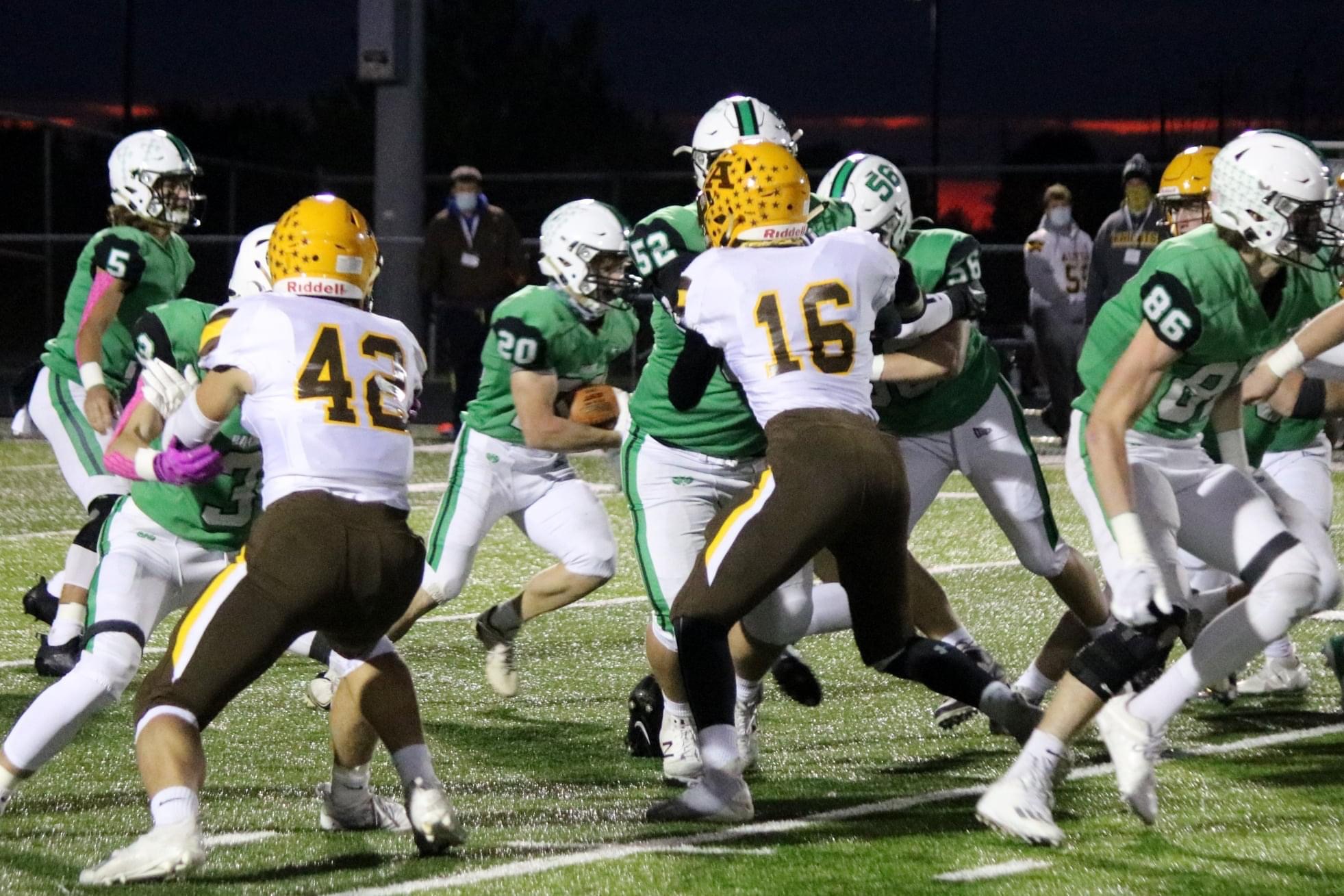 The Rams fell to Greater Catholic League Co-Ed rival Alter 20-3 in a Division III regional semifinal. It was the first time in two years Badin lost to the Knights.

The Rams’ offense struggled to move the ball against Alter’s defense throughout the game, holding possession for just a total of 16:24.

“We needed that kind of effort against Badin,” Alter coach Ed Domsitz said. “We know what kind of team Badin is, and the kids rose to the occasion.”

Although defense did rise to the occasion, it was the impact plays on offense that were the difference maker.

Knights quarterback Brian Shane only attempted two passes the whole game, and he connected on two out of three. The two completions were a 72-yard touchdown pass to Ohio State commit C.J. Hicks in the first quarter and a 32-yard throw to Patrick Connor on fourth down in Badin territory.

Badin had an opportunity to counter the Hicks touchdown. The Rams got to Alter’s 1-yard line before the first quarter ended. The Rams tried running the ball the first two downs. Then on third down Badin quarterback Landyn Vidourek fumbled the snap, but he end up falling to the ground with a swarm of Alter defenders coming towards him.

Michael Schweinefuss hit a 28-yard field goal shortly after, cutting into the Knights’ lead. That drive would be the Rams (7-1) only opportunity in the red zone as the offense struggled to gain valuable yards.

“We didn’t capitalize on opportunities, and we had a few,” Badin coach Nick Yordy said.

With the two impactful touchdowns that made a difference, it was Alter’s rushing attack led by running back Branden McDonald’s 185 yards — which put the game in doubt for Badin.

The Knights (6-2) started their first drive of the third quarter at their own 18-yard line with 10:22 to go. McDonald ran on 13 of the 16 plays on that drive, eventually turning the ball over downs at the Badin 14-yard line.

Alter’s offensive line deserved credit in this game compared to the Week 2 matchup. The whole third quarter, the Knights didn’t allow all but one play for negative yards and McDonald kept moving the ball forward.

“They’ve been calling me the workhorse since my sophomore year,” McDonald said. “I can’t do it without the line. I just talk to my line and keep them up, and I tell them to give me what you got and I’ll give you what I got and keep pounding it.”

Alter will play at Ross next Friday for the right to go to State.