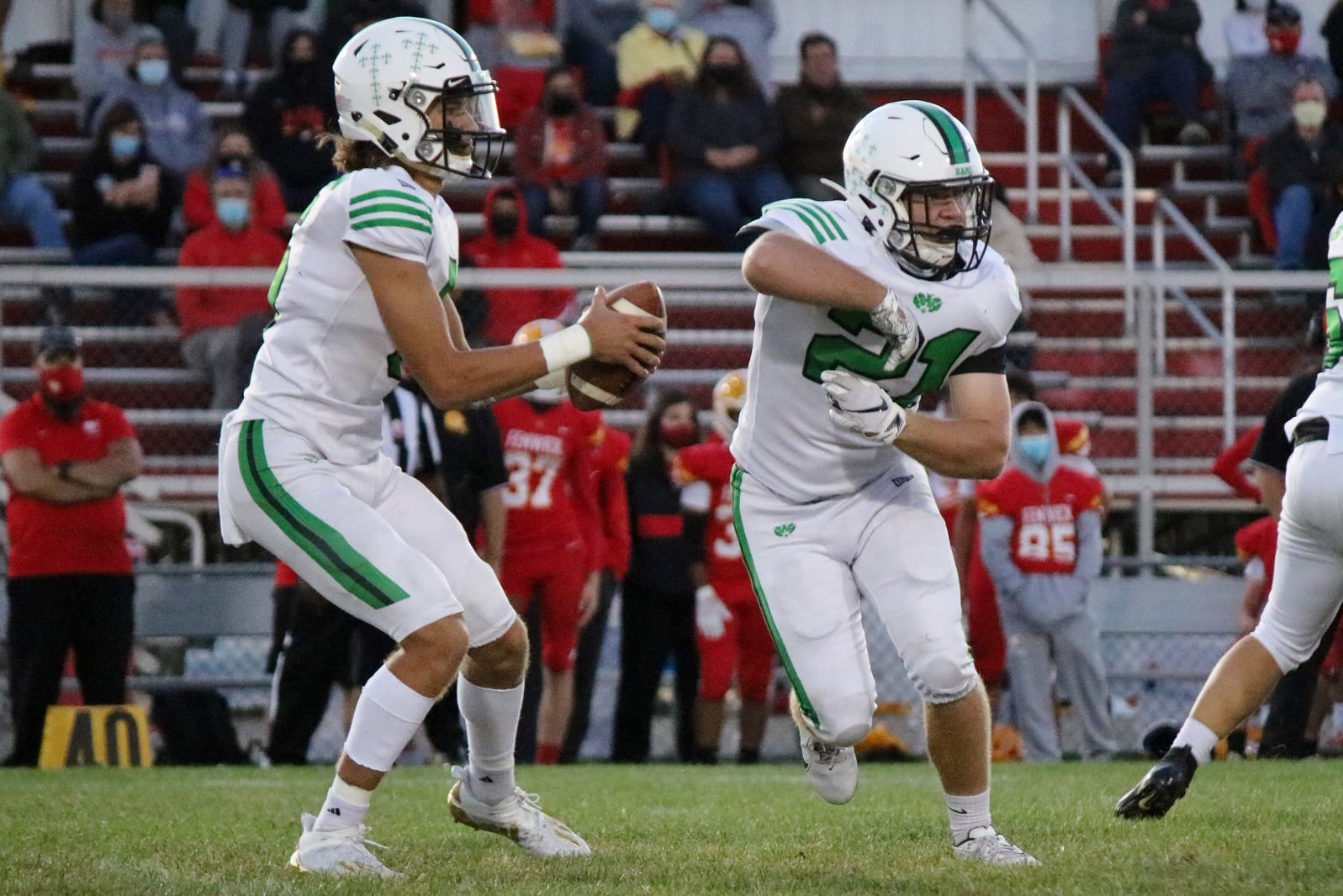 The Rams defeated Greater Catholic League rival Fenwick 42-6 on Friday night, putting Badin at 4-0 for the first time since 2015.

With McNicholas beating Chaminade Julienne last night, both the Rams and the Rockets sit atop the GCL Coed standings.

“We had a really good week of practice,” Badin coach Nick Yordy said. “We talked about getting off to a fast start, and we were able to do that.

“Any time you get a win in the GCL, that’s a good feeling,” Yordy added. “Coming here and winning at their place, on their Senior Night. Credit to them, those kids play hard. They’re a really good aggressive team and they’ve got some good football players. But it does feel really good to get a big win against a GCL team.

“There are some rivalries every week throughout our league,” Yordy added. “There’s always something extra with every team that we play, so to get that win it feels really good.”

Both teams were in a defensive struggle the first quarter until Badin’s Dallas Rawlings ran 20 yards up the middle for a touchdown with 2:45 showing on the clock.

In a bizarre string of events, things got interesting. Fenwick’s Ralph Ross fumbled the ball at the Falcons’ own 25-yard line. Rams defenders were focusing on scooping up the ball to make the play. The Falcons eventually got to the ball, but not before it went across the goal-line for a safety.

Rawlings scored another touchdown, this time from about 5 yards out to give the Rams a 15-0 lead heading into the second quarter. Badin got into excellent field position on the kick return by Braedyn Moore to help set up Rawlings’ second TD.

Penalties were an issue for Fenwick all night, posing some frustration on the home side. Going into the game, the Falcons’ roster depth has endured plenty of injuries. This would include Fenwick losing its starting quarterback Braden Listermann last week for the season.

“We’ve got a ton of hurt guys,” Fenwick coach George Moore said. “Tonight when one thing went wrong, we kind of got down on ourselves and a lot of selfishness took over.”

The self-inflicted penalties and lack of able bodies affected Fenwick’s play, but credit is given to the Rams’ defense. Badin allowed only 27 yards of rushing, had nine tackles for loss and two interceptions by Moore.

The Falcons got on the board when Kale Shaffer caught a fourth-down touchdown pass from Ross with 5:21 left to play to make it 35-6.

Leading the way defensively for the Rams was David Schweinefuss, who notched eight tackles. Shaffer also had eight tackles for Fenwick.

Badin (4-0) gets back to action next Friday against Carroll at Edgewood, while Fenwick (0-3) hosts CJ.