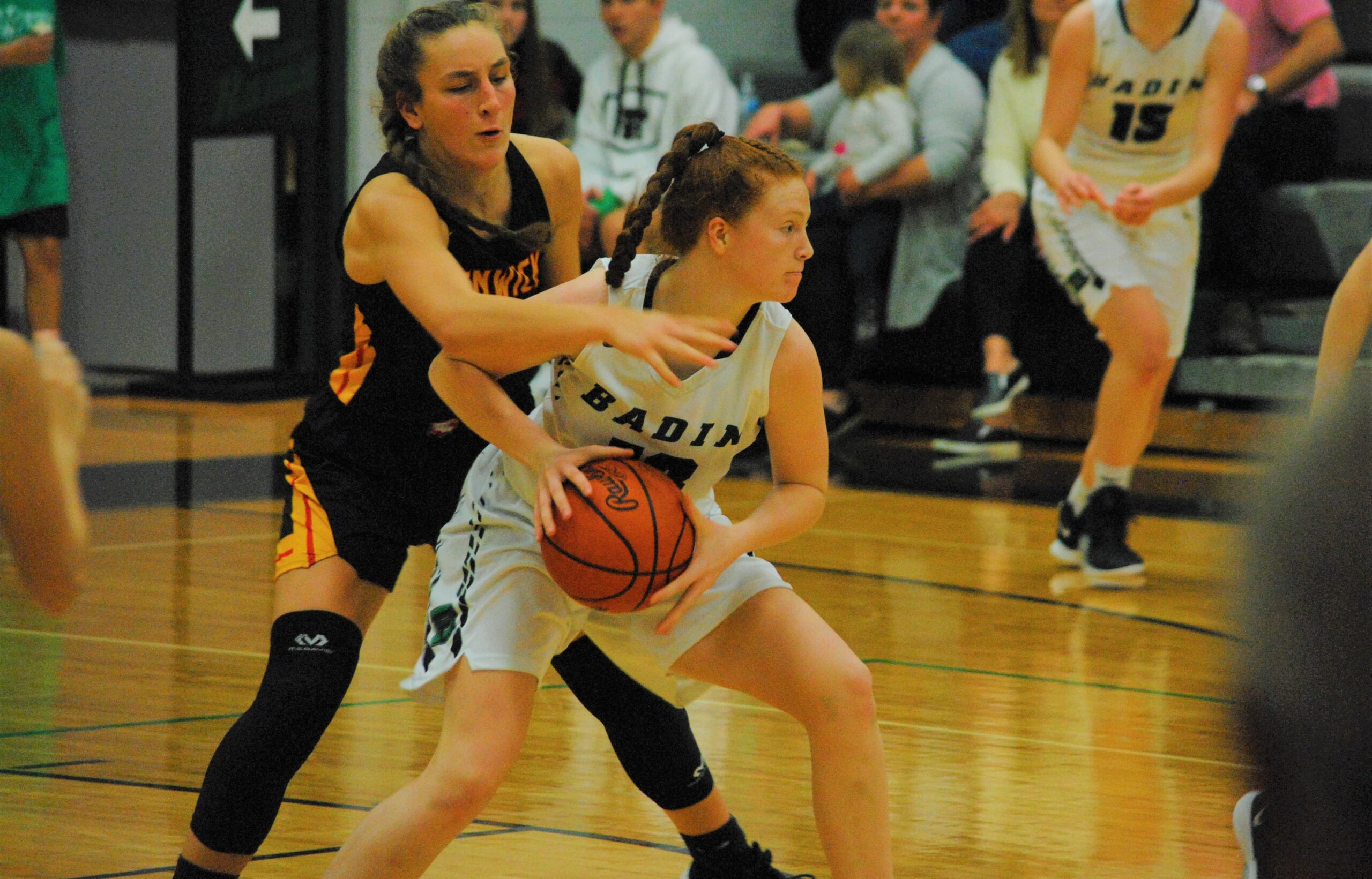 HAMILTON — Mickayla Kowalski said a victory over Fenwick would be fitting on Saturday.

After all, it was Fan Appreciation Night at Badin High School.

Lizzie Meyer scored a game-high 13 points, Kowalski added 11 of her own and the Rams took down rival Fenwick 53-41 in a Greater Catholic League Co-Ed bout at Mulcahey Gym.

“This is a huge win, a huge rivalry. It feels so good right now,” said Kowalski, a senior. “We were trying to push the ball fast on offense, drive and kick. That’s all we wanted to do. We have some crazy good shooters. And we can score on the drive, too. Everything worked for us tonight. We played solid all the way around.”

“They came out, they were shooting and they didn’t miss,” Kowalski said. “I was scared a little bit in the third quarter. Everybody was scared. Sundy took us into a timeout, and he was like, ‘Look, they’re shooting. They’re making it. But they can’t make every shot. Keep playing solid on defense and finish on offense. And we can pull this one out.’

“We just have to keep playing,” Kowalski added. “We have some other tough GCL matchups coming up, but it’s nothing we can’t handle. So we’re going to keep fighting, see how the draw works out and go all the way.”

Badin took momentum into the halftime break with a 26-18 advantage, but Fenwick clawed back with a 7-2 run that pulled it to within 28-25 with 4:25 seconds left in the third quarter.

“It was the transition game that worked this time,” Badin coach Tom Sunderman said. “They hurt us the last time. Yeah, I mean, we won. But we had to crawl to get back the last time.”

“I thought we did a good job of stopping their transition game tonight,” Sunderman said. “And as far as I know, our statistician has us down for zero offensive rebounds given up.”

And he was right. The Rams never surrendered a second-chance opportunity the entire game.

Fenwick was led in scoring by Hannah Beckman’s 12 points.

“You have to give credit to Badin,” Falcons coach Scott Dalton said. “They hit the shots when they had to. We came out like we wanted to out of the halftime break, but then they made some key baskets at the end. That was the difference.

Fenwick, which came off a stunning 36-33 win over Carroll, has now lost 4 out of its last 5. The Falcons host Chaminade Julienne on Monday, Jan. 13.