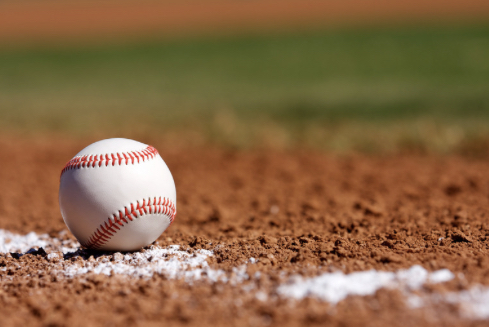 Cincinnati Christian baseball coach Tony Witt arrived at the ball field at 10 a.m. Saturday morning to catch a full day’s worth of action on the Indian Hill diamond and to prep for a season-opening doubleheader.

The Cougars were set to battle Harrison and Indian Hill — at 3 and 5 p.m., respectfully.

“We’ve been ready for a long time. We didn’t get anything last year. No games, nothing,” Witt said. “It’s been that bad how much we’ve missed it. When you arrive at the fields that early with your assistant coach for games that are hours away, you know you’ve been missing out for a while.

“We just wanted to sit around and watch high school baseball. I didn’t sleep at all the night before, I was that excited.”

It has been a long time. In fact, it’s been 600-plus days since spring sports student-athletes and coaches have been able to see live action due to the coronavirus news that was announced prior to last season starting up. That ultimately canceled last year altogether.

For Witt, things are somewhat different. The second-year coach, technically, is in his first year. He was named Cincinnati Christian’s baseball coach before the 2020 season was to begin, yet he never had the chance to hit the field with what he called “a team that had plenty of talent.”

“I’ve tried to convince Cincinnati Christian to hang up a banner, because I’d have been the only coach to coach them to an undefeated season,” Witt joked about last year getting nitched. “But I haven’t gotten that banner just yet.”

Witt said that now the relief of getting things underway is over and done with, the trek through a top-notch schedule for his Division IV program is just getting started.

“The competition on our schedule that we’ve got lined up here at CCS, it’s just loaded,” Witt said. “Our main thing that I want to accomplish this season is to convince the kids that they’re playing these teams in order for us to get past the regional finals.”

A scrimmage against Ross last week was all the Cougars needed to tone things up, Witt said. The Cougars downed Division I Harrison 8-7 yesterday in their opener, and Witt called it “an eye-opener for our guys.”

“I think they’re going to understand that we can play against these programs,” the coach elaborated. “I’m hoping they will see that we’re doing it right and that they will want to get it done come tournament time.

“I think that our kids will be ready to compete and play against every top school in the area. The biggest thing we say at our school is to go out and compete. If we can compete against every school we play, we can do some good things.”

Badin baseball coach Brion Treadway did the math. And the solution was a little baffling.

“Any day you get to kick off your season is fun and exciting. But after all that we’ve been through, today was extra special,” Treadway said after his Rams opened up the 2021 season with a 10-4 victory over Kings on Saturday. “I looked it up, and I Google’d it. I think it was 673 days since our last game. I thought, ‘That’s not right. There’s no way that it’s been that many days.’

“So to sit there and coach my guys in a Badin baseball uniform for the first time in 673 days, it was mind-blowing. It was awesome. And I’m excited to be doing it again.”

Treadway said the road to get to this point wasn’t smooth sailing. But he also admitted that it wasn’t all that bad either.

“The kids are resilient to all aspects of life. This definitely is no different,” Treadway said. “We’ve been going over a lot of things and honing in on all the detailed stuff in order for our program to put it all together in a real game and not a scrimmage. There’s always going to be a winner and a loser. And (Saturday) turned out to be an exciting day for our players.

“Every day is a milestone for us. I don’t care if the kids get tired of hearing it,” Treadway added. “I can say this for the rest of this season. A year ago, we were all stuck at home and unable to be together. So every day we’re together is special. And I hope that I never lose that perspective. I’ve always loved coaching. But not being able to do it makes you fully appreciate what we get to do every day right now with our guys.

“There’s never a day where it’s acceptable to not show up with energy and have passion for what they’re able to do,” Treadway continued. “Because a year ago, we couldn’t do it. So this has been fun, and I’m just thankful every day that I get to be with my guys.”

GETTING BACK ON THE SOFTBALL FIELD A ‘SURREAL MOMENT’

Middletown softball coach Tyler Callahan said he was a lucky guy on Saturday. The sixth-year Middies coach just got done collecting his 100th career victory after the Middies downed Mount Healthy in Game 1 of a doubleheader.

“I thought to myself after that, ‘Boy, we get to play another game today,'” the coach said. “I think it’s surreal. After everything that has gone on, it was a moment that we really didn’t know was going to happen. I’m very fortunate and blessed to be able to coach this year.”

Callahan said while getting the chance to take the field again was exciting all in itself, he noted that all of his players are at full strength.

“The main thing is that everybody is healthy,” Callahan said. “I think you really have to key in on that.”

While grabbing two victories on opening day was a positive, Callahan noted that getting past Saturday from an emotional standpoint was a taller task.

“It was great weather, and it was a great day,” Callahan said. “But it meant a lot more emotionally with everything that was going on. It was just a great day to be back coaching. That’s just how I feel about (Saturday). I’m still kinda numb to everything. It was a surreal feeling to have that opportunity.

“Our mindset and the preparation we made was based on us simply being able to play the game,” Callahan added. “All of these kids feed off of our energy emotionally. All of them do. Being a tenured coach now, I think it’s best if you prepare for what you know. We were prepared that we were going to have a season. We were prepared that we were going to play ball on March 27. We were going to let the rest just fall into place. I think that with the experience that I’ve got, especially with losing last season, I thought it would be best to just have a positive mindset of preparing for what is possible.”

ANOTHER SUCCESSFUL SEASON ON THE HORIZON

Cincinnati Christian softball coach Gary Rice said he was looking forward to another successful season last year. After all, his Cougars went an impressive 21-3 in 2019.

But his program got the rug pulled out from underneath it.

“It was tough last year. We had gotten through a couple of weeks of practice. It was Friday, March 13 last year, and I’ll never forget that day,” Rice reminisced. “I remember walking out of school across the parking lot and one of our students asking me, ‘Hey, did you hear that school is canceled?’ I said, ‘No, I didn’t.’ Kids tend to find out stuff well before I do.

“They were ready to go. I guess you can say that I was the same way.”

The Cougars are off to a 2-0 start after their doubleheader sweep of Carroll on Saturday.

“I think we’re going to be looking pretty good,” Rice said after noting he was concerned at first about losing numerous standouts from what would have been the 2020 season last year. “We had three scrimmages earlier this past week, and then playing Saturday to start it off with the doubleheader. After watching those five games this week, I’m not worried anymore. I’m thinking we’re going to be in pretty good shape.”

Rice said the process of entering the 2021 season was geared toward it being a rebuilding year.

“There’s no question that this year is exactly that,” the coach said. “I sat down last week and looked at some numbers. I always like to look at some scouting on paper. A lot of these teams that we’re playing only have one or two girls coming back. They all have brand new groups. From year to year, you always like to look at those rosters and find out what they did against us last year. Well, we don’t have that opportunity this year. It’s just like starting over.

“But we could see that our girls were learning as the day went on (Saturday),” Rice added. “The mistakes they made in our first game, they were corrected. We’re really looking forward to what this season has to offer for us. And getting two wins is a nice start to that.”