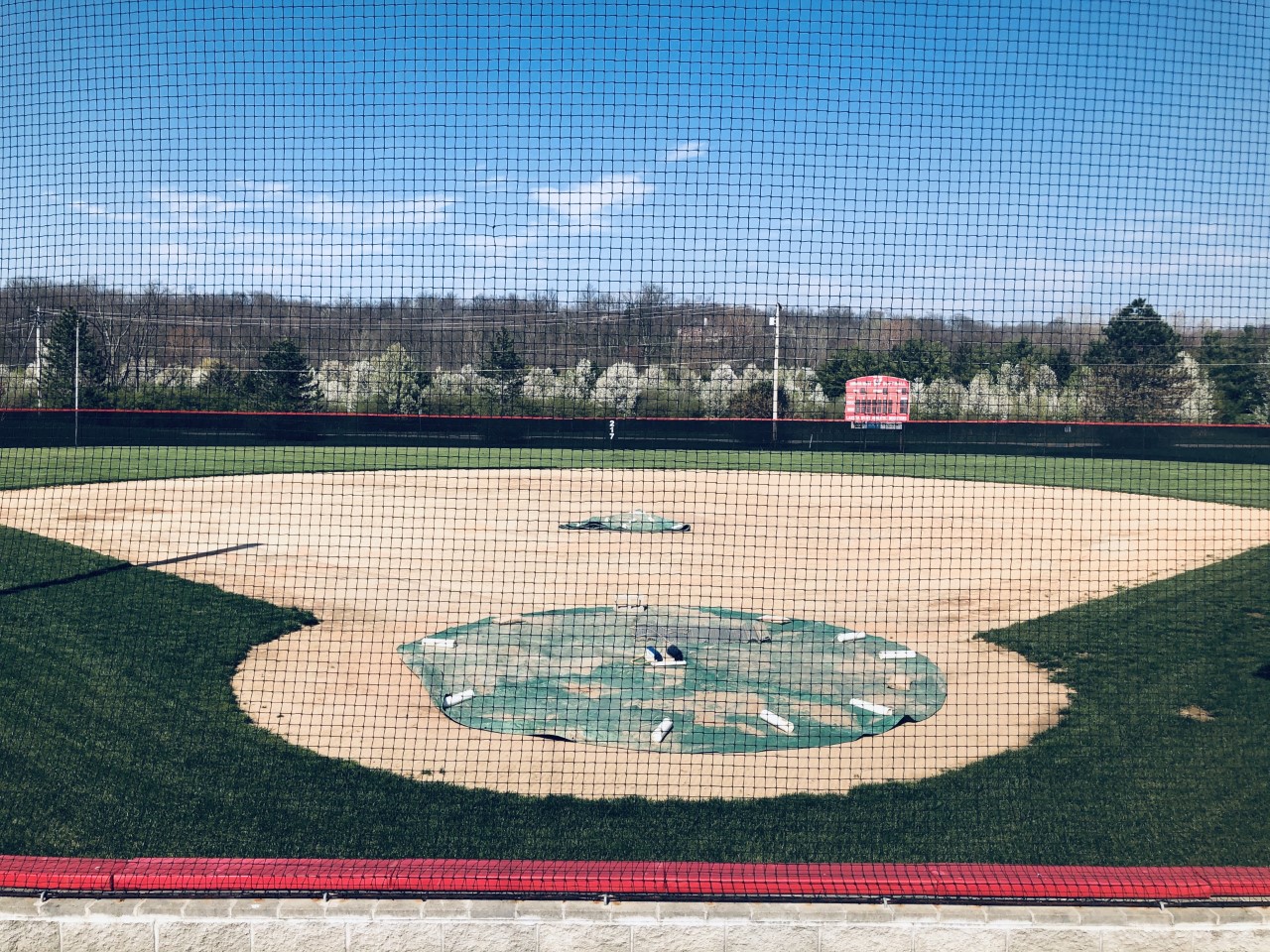 “I get a ton of them, ‘Hey, coach, what are you doing? How is it going? What can I do right now to make myself better?’” Lunsford said. “I miss my guys. Our guys love each other so much that it hurts us all.”

As the area stands in uncharted territories, with the rest of the nation, the COVID-19 coronavirus pandemic has taken its toll on how spring sports athletes and coaches are prepping for a season that is currently put on hold.

Lunsford said the opportunity to get out on the playing field is, undoubtedly, in jeopardy. But his biggest fear, he said, is for his current seniors not having the possibility of showing off their skills to the next level.

“What does this do for scholarships?” Lunsford said. “As a coach, you think about this whole situation from top to bottom. Not being out there with the kids, gosh, I’m thinking about what I’m missing and what these kids are missing.”

Lunsford, who enters his third year at the Cougar helm, noted that he’s not one to boast about his team prior to a season, let alone a preseason that practically hasn’t even started yet. But he knows the talent is there.

“What’s nice is that we still have a sliver of hope,” Lunsford said. “We’re staying optimistic that we will be out there playing this year.”

Governor Mike DeWine ordered all schools in the state to remain closed until at least May 1, which means no sports until further notice.

IN THE EYES OF A FIRST-YEAR COACH

Cincinnati Christian baseball coach Tony Witt has some high hopes. His experience as an assistant coach for programs like Lakota East, Ross, Wyoming and Fairfield has him ready to hit the diamond with full force.

However, him and his Cougars are playing the waiting game, too.

“It really puts us behind the ball a little bit,” said Witt, who took over at Cincinnati Christian during the offseason. “Our goal this year is to be able to compete with the bigger programs. We’re one of the smaller schools in the division.”

Witt said he was able to get together with his entire team — 12 players — just three times after the basketball season was officially over for CCS.

“We had 6 or 7 players waiting for basketball to get over with so that we could practice with the entire team,” Witt said. “We’re implementing all new stuff, stuff that we talked about that we think will help us get to the state final four. The talent here is phenomenal.

“The only thing that we were able to go over in those 3 group practices were bunt covers, a little bit of hitting, pitching and some baserunning philosophies,” Witt added. “Right now, it’s very tough.”

Witt said using social media to promote drills has been helpful during this time.

“There is no accountability at the moment, but I believe my guys are doing what they can do to make sure they’re ready,” said Witt, who offers his players a chance to Facetime him with any questions or advice during quarantine. “That’s just what we’ve got to do right now.

“We can send out stuff on paper that we want to implement,” Witt added. “But when the guys are at home, you hope to keep them accountable for staying in shape, hitting off a tee and pitching.”

Like Lunsford, Witt mentioned the current unfortunate circumstances that affect his seniors.

“I just feel bad for them, everyone,” Witt said. “They have had some great postseason runs. I believe in what we’ve been teaching them in order for them to get over the hump. This is awful. This is something that we can’t control.

“I’ve been helping coach baseball for 9 years now, and to have the opportunity to head a baseball program for the first time, it’s just been something I’ve looked forward to,” Witt added. “And I may not have that chance this year. But we’re staying optimistic and as positive as possible moving forward.”

STAYING CLOSE, YET SO FAR AWAY

Monroe softball team’s three seniors are the furthest they’ve ever been from each other. But, in terms of proximity, Alyssa Wagner, Sam Schwab and Alyssa Kuss all live less than a mile away.

“These girls who are seniors, they have the opportunity to win the league championship for a fourth year in a row,” Hornets eighth-year coach Tim Kellis said. “And that’s never been done in the history of the program.

“It makes it tough on them not being out there, and I’m sure it is for everyone right now,” Kellis added. “We’re trying to navigate through all this.”

Kellis said despite not hitting the field together, him and his players have kept busy.

“We’ve done several things,” he said. “We send them a workout everyday and along with an inspirational poem. They send notes back saying they completed them, and some even ask for harder workouts. They say this isn’t enough. I guess that’s a good thing.

“One of the things this week that we are going to start doing is our players will start picking a person in their life that they admire and look up to and tell them that they appreciate them,” Kellis added. “We also feel like we have to give our own players credit, too. So the team is picking a player for the next 24 days and everybody on the team is going to call that person to tell them what they admire about them. That’s how we’re keeping the positive vibe going.”

The Hornets are even taking this time to create softball-shaped notes and cards for an area nursing home and hospital, according to Kellis.

Kellis even noted that one of the team’s social media workouts has been picked up by some Columbus-area schools.

“We always don’t understand how things happen, and we have to believe that there is a reason,” Kellis said. “We have to stay positive during this time. You just hope that this will help us be a better person after it’s all over with. It’s not anything that anybody has done, and we have to trust that everything will be fine.”

Howard, who is in his second-year at the Vikings helm, said staying optimistic is basically the only way to handle not being out on the ball field with his troops.

“When they shut us down, I told everyone to stay active with drils that we worked on and to keep a positive mindset,” Howard said. “It’s tough on the seniors. I was looking for good things from Danny Spivey this season, and Alex Marcum would have given some great innings. Also, Johnny Curtis seeing some innings, and Caleb Frost in the out field running down fly balls.

“I know it’s tearing the kids up,” Howard added. “But we have to keep a strong mindset and stay safe to get back at it when this is all over.”